Inigo Montoya would be confused by today's leftists if he weren't a fictional character. 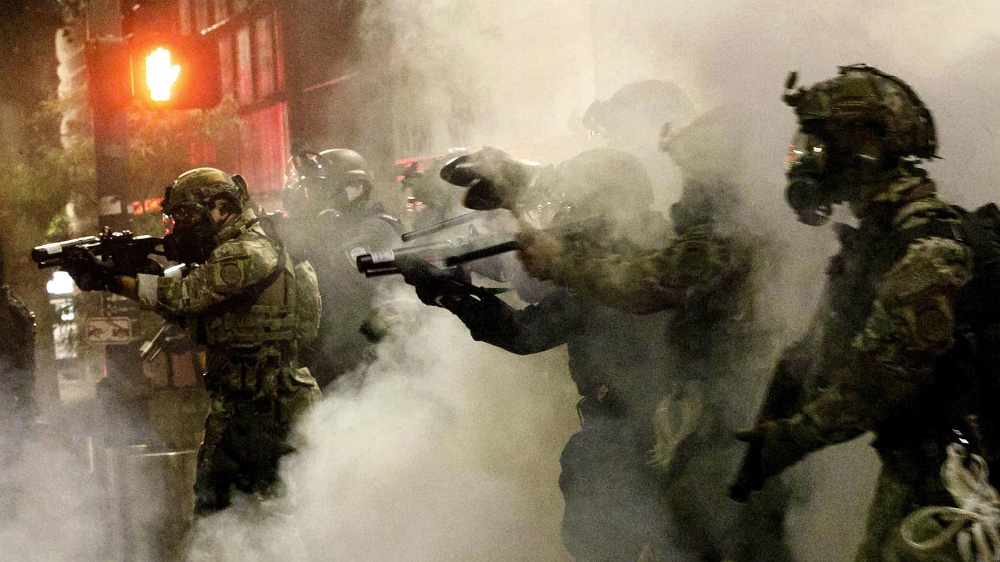 For the past couple of days, Democrats and their mainstream media puppets have been invoking the phrase “secret police” when talking about the Homeland Security officers deployed to various leftist cities across the nation. This is an attempt to make this seem like some totalitarian regime cracking down on political dissidents through mass abductions and draconian enforcement on law-abiding citizens.

This is worse than propaganda. It’s an outright lie. It doesn’t even make sense when we consider the transparency the administration has engaged in when discussing these “secret police” officers. Not only are they announcing when, where, and how many officers will be deployed, they’re even stating their individual missions and areas of operations. That’s not how “secret police” work. In fact, it’s the exact opposite.

"Now Homeland Security agents—without a clearly defined mandate or authority—are ranging far from federal property, stripped of badges and insignia and identifying markings, to detain people. They are brutally attacking peaceful protesters, including a US Navy veteran." @JoeBiden https://t.co/FDHdBRILEs

But the narrative lives on. In the latest episode of the NOQ Report Podcast, I dove into this topic and explained why it’s so important for the left to try to push out this narrative. They’re failing miserably in cities like Seattle, Portland, and Chicago as neutered local law enforcement can’t get a handle or establish real deescalation of violent rioters posing as protesters. Buildings are being burned. Statues are still coming down. People are being beaten because they’re out on the streets at the wrong time. This isn’t how America should operate.

It’s important to note that I am against the use of federal law enforcement for local matters 99.99% of the time. The bar to reach for such things to happen is very high. Unfortunately, we’ve reached it. There are American citizens losing everything right in front of our eyes and feckless radical progressive “leaders” in these cities and states are pandering to the mob. The only way this ends is for law and order to be restored. If local and state law enforcement is prevented from doing it, then the White House is forced to act. And they are.

I also discussed a funny quip by Joe Biden as he discussed how nurses used to breath into his nostrils to stir him. That was the fun one. The not-so-fun segment came at the end when I discussed the reality that Joe Biden’s peaceful protesters are destroying America. Yes, it’s very similar to the first segment, but it takes it from an election-year angle. This is a longer podcast than normal but definitely worth a listen.

These must be the worst-kept secret police ever assembled. There’s literally nothing secret about them. They’re being deployed to do what weak Democratic leadership refuses to allow local law enforcement to do. What choice does President Trump have?