It isn't just the presidency, either. All elections up and down the ballot are at stake if the left continues to win the narrative battle over the riots across the country. 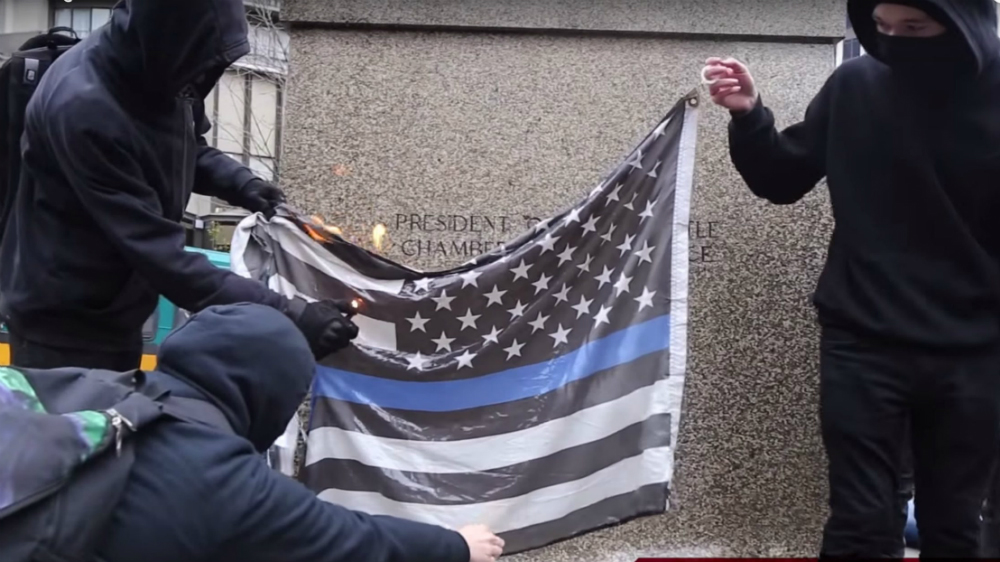 We have to get the message out that Joe Biden, whoever his Vice President is, and Democrats in general are promoting the lawlessness rampant across the nation. Sadly, that’s the easier part. The harder part is getting news of the riots out in the first place. Mainstream media is willfully ignoring it because they know the narrative is ugly. They know if people start seeing what Antifa and Black Lives Matter are out there doing to businesses, law enforcement, and their own neighbors, that support for them would fade.

If support for BLM and Antifa fades, support for Democrats will fade along with it because they’re the party that is actively supporting these violent movements. We can get the word out through social media, as many have done today.

A man is setting fire to a Starbucks attached to an apartment building.

Quick, someone get these people some bread! https://t.co/IYvgJMDzSU

In the latest episode of Conservative Playbook, JD breaks down the suppression of information regarding these riots. The left and the media (but we repeat ourselves) want their narrative to stay intact. They want it all called “mass demonstrations” and “peaceful protests” despite the clear fact that these violent riots and looting activities are neither peaceful nor part of some sort of demonstration. They’re anarchy for the sake of anarchy.

Patriots must not sit back and expect the truth to get out through mainstream media. It has a better chance of getting out through smoke signals. It’s our responsibility to keep ourselves and other voters informed about reality.