Why aren’t statue mobs being arrested?

Seriously, why is this lawlessness being allowed? 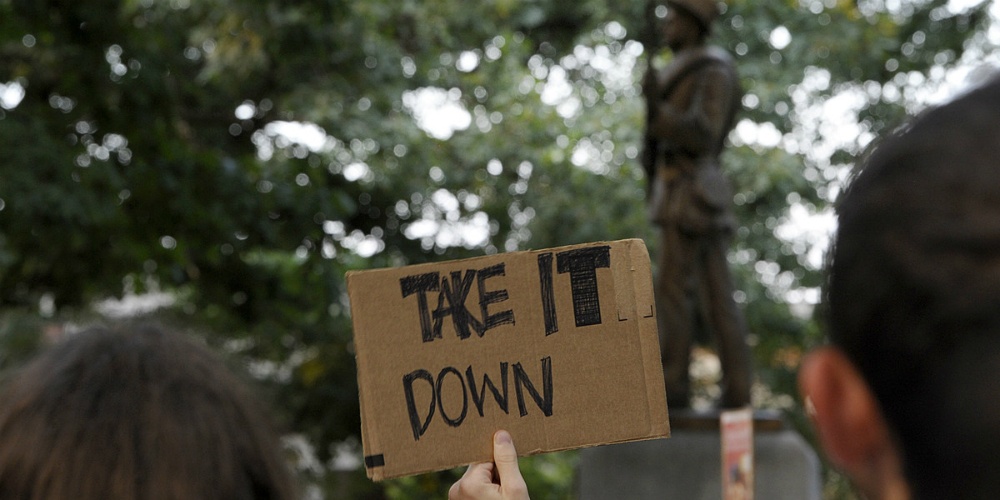 The statue mobs are coming to a statue near you. If you live in the United States, especially if you live in a city run by Democrats, there’s a good chance some statue is in the city that the radical progressive Cultural Marxists are going to try to take down. Will the police stop them? Judging by what’s happening across the nation, probably not.

In this episode of the NOQ Report Podcast, Tammy and I do not blame law enforcement. They’re having an extremely hard time just handling modern America on a day-to-day basis. If they’re being told to stand down and let the mobs rule, that’s not on them. However, they should be banding together and calling for the leftists to allow them to do their jobs. Is it dangerous? Yes. Is it necessary? Absolutely.

It isn’t just the monuments. Mobs are being allowed to hurt people in New York City. They’re forming “autonomous zones” in Seattle where people are being killed. They’re doing things that are unambiguously illegal and Democrats are sitting back, letting it happen.

As long as lawlessness is manifesting in mob rule, this nation will not be able to heal. Letting the criminals tear down monuments without repercussions is not deescalating anything. We need law and order restored immediately.