If you want celebrities and sports stars to stop virtue signaling, stop supporting them

Sometimes non-compliance has nothing to do with government at all. Remember, some of the most powerful people are not elected officials. 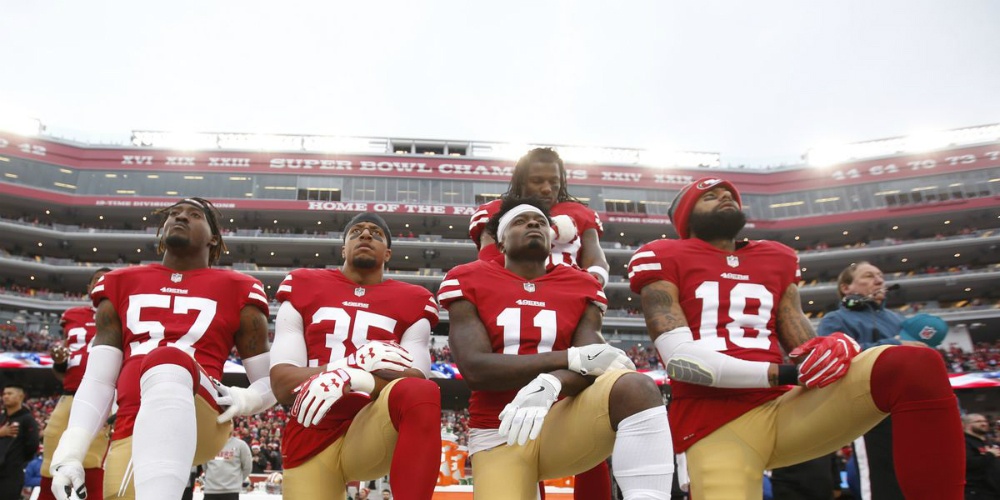 How often have you seen someone, likely a conservative, rail against the NFL or Hollywood or whichever celebrity is virtue signaling at the moment, only to root for their favorite football team a few months later or talk about the last movie they watched? It’s not everyone, and I’ll bet most who read this article or listen to this Non-Compliant America Podcast will say that I’m not talking about them.

Unfortunately, I am. I’m also talking about me. I’m a hypocrite. As much as I’d love to say I’ve completely eliminated leftist entertainment in Hollywood or pro sports from my life, I haven’t. I’ve greatly reduced my consumption. I didn’t go to a movie theater in 2019. I canceled Netflix and Hulu. I stopped watching NFL three years ago and the NBA last year. But I still watch highlights. I still occasionally sneak in a movie or show. I need to stop. So do you, as I noted in a reply to Kurt Schlichter the other day.

We shouldn't give our money to any industries that hate us as conservatives.

Any money you give to them is partially donated to Democrats, Planned Parenthood, and other leftist groups.

His question is so relevant. Why DO we give these jerks money? When we watch a movie and help pay for an actor’s or director’s paycheck, some of that money likely goes to a Democratic candidate or two. Some of it likely went to Planned Parenthood, Black Lives Matter, or some other leftist cause. We complain about them, but then we help fund them. This needs to stop.

I’m adamantly opposed to cancel culture, and this isn’t that. I’m not suggesting protesting the Cleveland Browns because their quarterback is now a social justice warrior. But I am suggesting we not watch their games. We shouldn’t buy their jerseys. We shouldn’t put our hard-earned money into the hands of people who will turn around and give it to causes or candidates we oppose.

Like Kurt Schlichter said, just stop giving these jerks your money. Pro sports stars and Hollywood celebrities can only promote their rhetoric if we pay them to do so. You may love them, but I assure you that if you’re a conservative, they hate you.