Portland Antifa tries to lock people in at Justice Center, then light it on fire

It isn't stupidity. It isn't protesting. This is evil. Period. 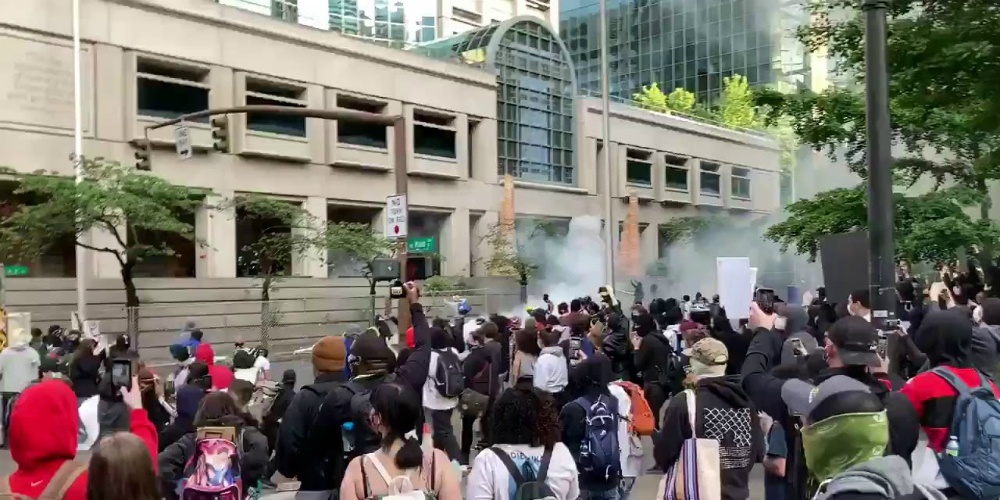 According to the Portland Police Department and independent journalists on the scene, violent Antifa “protesters” were locking doors from the outside of the Justice Center in downtown. Then, they were trying to light fires around the building with people still inside.

This comes a day after the city removed the fencing around the building to allow peaceful protests which, for over a week, haven’t ended since the fence went up. It was supposed to be a sign of goodwill for deescalation but ended up encouraging these domestic terrorists to try even harder.

In this episode of Conservative News Briefs, JD and Tammy expressed their strong dismay for the dangerous acts of violence. Thankfully, local law enforcement was able to prevent Antifa from killing the people inside the Justice Center. And mainstream media is silent.