Those who get their news by reading mainstream media headlines only will never hear this good news. 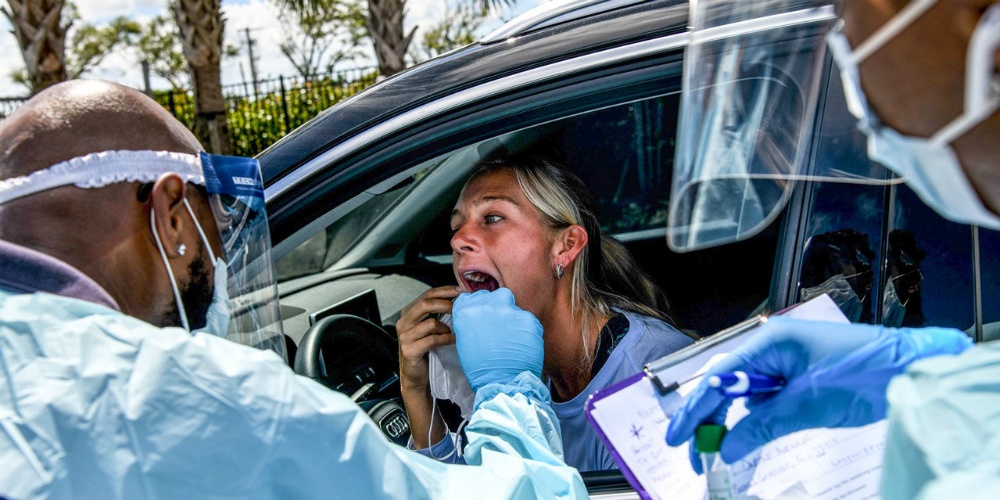 The headlines are loaded with stories about how the coronavirus is spiking again. They’re specific about one aspect of the story, that there are more people in states that opened up who are showing as infected by the coronavirus. What they aren’t mentioning is that this is due to the sharp increase in available tests, but more importantly nobody’s covering the unambiguously good news that coronavirus deaths have been below 1000 per day in the United States for a week. That hasn’t happened since March.

According to tracking on Worldometers, the last time daily deaths exceeded 1000 was last Saturday.

In today’s episode of the NOQ Report Podcast, Tammy and I also discussed the MN Freedom Fund scam as well as the attack on Portland’s Justice Center last night. We searched for positive stories, but alas, none caught our eye. Sorry for the doom and gloom in today’s episode.

As long as there’s a chance the left can spin the narrative against President Trump and the GOP, they’re going to try. That means patriots MUST get their news from alternative sources. Mainstream media will deceive you every chance they get.