In the name of fighting racism, BLM, Antifa, and other far-leftists are promoting racial division in America. 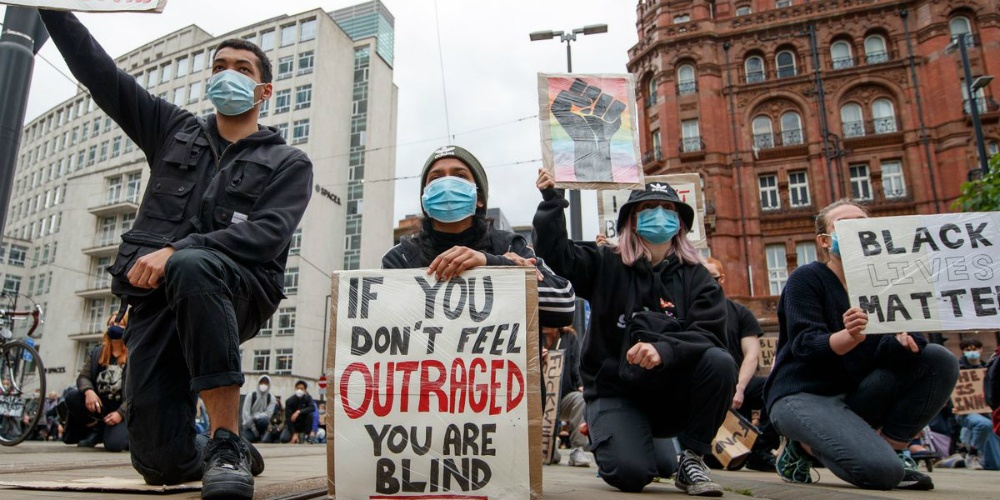 It’s becoming increasingly clear that Black Lives Matter, Antifa, and their supporters in politics and mainstream media are shooting right past the actual narrative they’re promoting. Even Hollywood is getting in on the act as they promote actual racism behind the guise of fighting racism. On today’s episode of the NOQ Report Podcast, we discussed why the real racists are the ones promoting their false narrative, and unfortunately it’s working.

The definition of racism is to separate the races into those who are superior and inferior in the eyes of the racist. So those who claim “Black lives matter” but denounce the notion that all lives matter are actually the racists.

Asking anyone to bow is unambiguously racist

Imagine if Black people were told they must bow before Caucasians. It would be a media storm around the clear act of racism. But in reverse, it’s heralded as proper social justice. This is Cultural Marxism in its ugliest form.

If you haven’t seen the video, don’t. If you’ve seen it, we hope you at least got a good laugh from the pandering and virtue signaling these Hollywood elite displayed in their attempt to “take responsibility.”

This should be a no-brainer. We should love other people simply because they’re people, not because they’re Black, Caucasian, Latino, Asian, or any other race, creed, religion, sex, or, well, anything. This is America and we are all given the same basic opportunities. Does that mean racism doesn’t exist? No. Does that mean people do not face personal challenges based on race? No. But let’s not allow race to continue to divide us, especially in the name of supposedly fighting racism.

The false narrative that the message being pushed by the radical left is somehow fighting racism must be called out. There is clear cognitive dissonance at play when they “fight” racism by making unambiguously racist demands. We need sanity in America, now.