To fight this evil, we have to understand ALL of the radical left’s plans

This isn't just about lockdowns and riots. This is about a long-standing plan to deconstruct America. This is a revolution. At least that's what the radical left hopes it is. 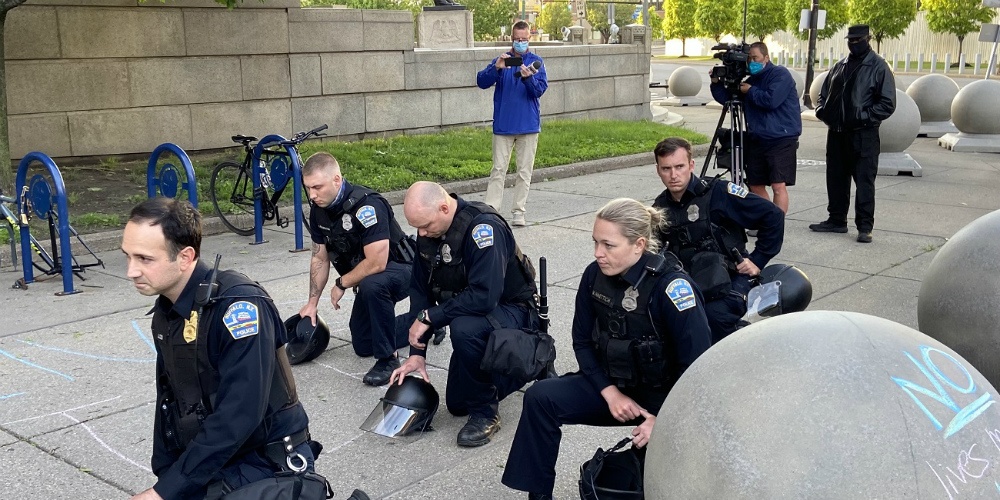 To properly combat the machinations of the radical left, we must understand their entire plan. Right now, we’re only seeing the initial phases. This plan is one that has been brewing for a while. Between the coronavirus crisis and the George Floyd murder, these extreme progressives have taken the opportunity to launch their plans. Unfortunately, this is just the start.

It is imperative that patriotic Americans are aware of their true goals in order to understand why all of this is happening. More importantly, we must recognize the driving force behind these events so we can effectively thwart their plans. If we take each aspect of their plan and attack them individually, we will not be successful. They have contingencies. They have most in the mainstream media and the Democratic Party on their side. We must recognize these truths to fight their lies.

Listen to this podcast on Apple, Google, Spotify, or your preferred podcast app.

First and foremost, these events are not spontaneous. They have been long planned. The events that allowed the plans to be launched were simply catalysts for a combustible concoction they’ve had ready to drop for a long time. Second, the Democratic Party is not behind this. They have been co-opted by the radical left through an indoctrinated base that is far more extremist than anything we’ve seen before. SOME Democratic lawmakers are involved, such as the far-left radicals supported by the Justice Democrats. But most in the Democratic Establishment are simply playing along because their short term goals match the current manifestations of the radical left’s plans.

They’ve been trying for two years to tank the economy. First, it was through sentiment. Mainstream media and Democrats played at a narrative that the economic success we were seeing was one big bubble that was about to burst at any moment. They know that sentiment often drives economic success or failure, so if they could get people thinking the economy would tank, it would become a self-fulfilling prophecy. It didn’t work.

The coronavirus crisis was an opportunity they didn’t see coming (or maybe some did) and allowed them the cover to shut everything down. They knew it would cause businesses to close and jobs to be lost, and they didn’t care. The lockdown beyond the first 15 days was a complete scam, and we’re seeing that very clearly based on the fact that these “protests” have thrown social distancing out the window.

Many incorrectly assume these riots are the goal. They look at past riots and how they were able to create dialogue, but these riots are different. There’s nobody waiting at a table for their opposition to come to and discuss change. This isn’t about change. It’s about starting a revolution.

We see one of their goals becoming reality as they get their “enemies” to kneel. Bending the knee to ideological gods such as the Black Lives Matter’s list of demands is and always will be a way of exerting control, as Dinesh D’Souza rightly noted.

They aren’t rioting for the sake of rioting. They’re rioting to launch the next phase of their plan, the phase we’re seeing in play right now.

Once societal norms and expectations of security can be completely eliminated, they will turn to wanton destruction. They plan on destroying these societal norms by attacking the two things that prevent this nation from turning to total anarchy: The 2nd Amendment and law enforcement. It seems like a contradiction to say on one hand that we don’t need firearms because we should just call the police, then to say on the other hand that police should be disbanded. The contradiction is intentional. In fact, in their minds there is no contradiction at all.

They WANT crime to be rampant. They WANT repercussions for harming others to be “community based.” They don’t want police and they don’t want firearms in the hands of law abiding citizens because if they can eliminate or even weaken those two aspects of American life, they can proceed to complete destabilization.

Where does all of this lead? Tomorrow, we will cover the final two phases of their plan on the NOQ Report Podcast. These are the phases from which there is no return.

We MUST stop this evil from continuing to affect the national psyche. This is all-hands-on-deck. We must unite as patriotic Americans regardless of political classification to stop the radical left from destroying our nation.

What is the nation’s socialist left going to do next to try and stop President Trump?