The worst idea ever, disbanding the police, is actually being considered in leftist cities

In the post-truth society the far-left is trying to create, there's no need for police because nothing will be considered a crime. Other than plastic straws or going to church, of course. 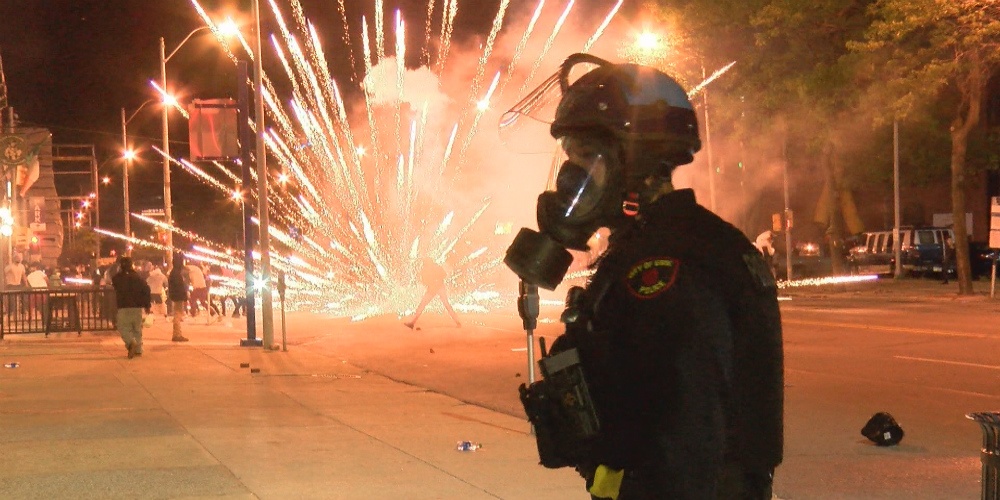 If you thought 2020 couldn’t get weirder, just look at reactions to the George Floyd protests by leftist politicians. If you thought Democratic policy proposals couldn’t be more destructive, look at Minneapolis and other cities that are considering defunding or even completely disbanding their police departments. If that sounds insane to you, then you’re on the right site and you’re in a good position to listen to the latest episode of the NOQ Report Podcast.

We talked about the ludicrous proposal to disband police departments in places like Minneapolis, but we really shouldn’t have had to. This is one of those ideas that is horrible prima facie. But Black Lives Matter is pushing for it. Many in Hollywood are calling for it. And despite logic, this is seriously being considered.

Before we got to our main topic, we covered John Dowd’s scathing letter to Jim Mattis, Michigan Governor Gretchen Whitmer’s pure hypocrisy, and why the NY Times should be persona non grata to all Republican lawmakers.

There are problems in law enforcement. Nobody doubts that. But the thin blue line is what keeps the criminals at bay. It’s what often prevents us from having to defend ourselves, and while we strongly encourage people to be prepared to do so when police are minutes away, we cannot abide by communist-style police-free cities. Yes, communities must participate in stopping crime, but most of the burden must be handled by the professionals.

One of my biggest concerns is living in a police state, but radical progressive Democrats have revealed something even more destructive: A policeless state. They clearly haven’t thought this through. Who’s going to enforce their bans on plastic straws?

The Judas goat and racism in America