No, terrorism in Kenosha is NOT justified by police shooting of Jacob Blake

When are riots acceptable? Almost never. They weren't justified following George Floyd's death and they're not justified now. 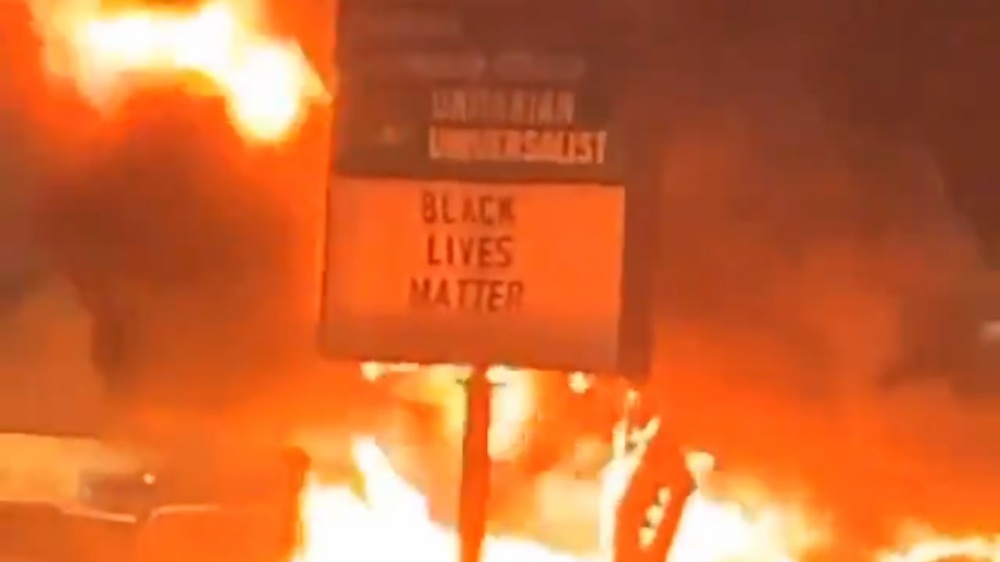 A viral video of his shooting appears to show law enforcement shooting Blake in the back following an altercation. On the surface, this looks bad for police. But the reality is we do not know enough details to answer the singular important question. He was reportedly tased by police, unwilling to follow commands, and attempting to resist arrest. None of these are justification for him being shot. What we do not know is what happened when he got inside his vehicle. Was he reaching for a weapon? If so, then we have a better understanding of the answer to the singular important question.

What is that question? Whenever law enforcement is involved in a shooting, it comes down to whether or not the shooting was justified. If he was reaching for a weapon, then it doesn’t matter whether or not he was shot in the back. I know there will be those who argue that any time someone is shot in the back that it’s not justified, but that’s simply not true. In this situation, police do not have to wait until he swivels around with a gun in his hand. They are not required to wait until he shoots at them or others. He had already demonstrated, according to both initial reports as well as what we can tell from the video, that he intended harm. If he’s reaching for a weapon, then it’s proper police procedure to take him down whether his back is to them or not.

Some will note that he was shot multiple times and that it was unnecessary. Again, this is simply not true. If a situation demands police are to take the shot, they must do so with full intent to kill. That may be unpopular to those who claim law enforcement should shoot people in the leg or that a single gunshot wound to the torso is sufficient, but those same people who make that argument clearly do not understand what can happen when an armed assailant is wounded. If they are deemed to be a threat, then it is law enforcement’s responsibility to take the assailant down. No half-measures.

This is all about justification. When we get the bodycam video and/or eyewitness accounts about whether Blake was getting a weapon from his vehicle, we will know if the shooting was justified. From what we can see in the video, this is as black and white as it comes (and no, not in the racial sense). If he went for a weapon, his shooting is justified. If he wasn’t, then the shooting was not justified. But there’s another aspect of justification that we need to cover. Are rioters justified in burning their cities or, as is often the case with Black Lives Matter, burning other people’s cities as out-of-town “protesters”? Regardless of what details come out from Blake’s shooting, the answer to this question is an unambiguous “no.”

I’m a huge fan of using non-compliance as a means to initiate and/or perpetuate necessary changes. It usually applies to government, but not always. The proper methods of non-compliance are opposition, protests, lawsuits, and civil disobedience. Rioting, looting, attacking police, attacking anyone, burning, and wanton destruction are NOT righteous methods of non-compliance. These are not “mostly peaceful protesters” burning buildings and attack law enforcement. They are domestic terrorists, and that is never an acceptable way to bring about change UNLESS it is done so as prelude to a righteous civil war. We are not at the point as a nation to where we need civil war.

All Republicans have to do to win in November is to play this video on loop every opportunity they get. https://t.co/bnau3RwL0h

The aftermath of BLM rioters vandalism of a public library here in #kenosha Wisconsin pic.twitter.com/CRNwoHAN23

Kenosha was up in flames last night

54 people were shot (not by police) in nearby Chicago this weekendpic.twitter.com/L6zP9JaF6n

Black Lives Matter terrorists in #Kenosha are destroying everything as usual. pic.twitter.com/40C12oCcnN

In the latest episode of Conservative News Briefs, I discuss this all further.

Domestic terrorism is unacceptable as a means for bringing about change. Black Lives Matter, the overarching organization, sees this as a revolution, a prelude to civil war that will tear down this nation. There is nothing righteous in these attacks.