Rioters pretending to be ‘press’ shows their contempt for the Constitution

Is there anything we can or even should do about it? Unfortunately, no. We need to respect the Constitution even if they use it to their advantage.

by Michio Hasai
in News, Podcasts 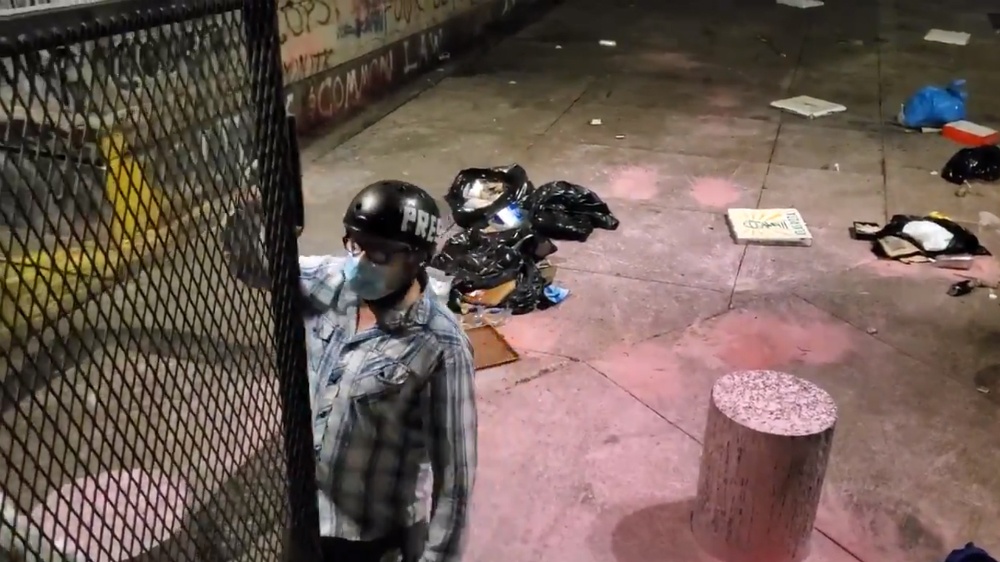 One of the most disgusting displays of “Constitutional abuse” is happening every night in Seattle, Portland, and other cities across the nation. Some of the rioters made up of Antifa, Black Lives Matter, anarcho-communists, Neo-Marxists, and random anarchists are going to rights with a camera and vests, shirts, or helmets that say “Press” on them. They’re pretending to be part of the press, even if they’re doing nothing but streaming on Twitch, and using that as a reason to not get harassed by police.

Some person wearing a “PRESS” helmet has trespassed the barrier protecting the Portland federal courthouse. He’s trying to get others to come in. “They can’t arrest us all.” #PortlandRiots pic.twitter.com/CYUIPJMoMa

As JD noted in the latest episode of the Rucker Report, there are some who promote law and order but who are calling for action against those taking advantage of the First Amendment in order to blend in unabated. That’s a challenge. The risk to the First Amendment supersedes the need to stop these rioters pretending to be press. Yes, it would be easier for law enforcement if they could demand press credentials beyond a helmet and a cell phone camera. But doing so does too much potential damage to a truly free press.

Keep in mind, if they are seen breaking the law, they can scream “press, press, press” all night and still be immediately apprehended. Claiming to be part of the press does not give them a license to break the law. It simply means they may not be suppressed by law enforcement in riot situations the way unabashed rioters would be.

These rioters, also known as “peaceful protesters” in mainstream media, are willing to use any part of the Constitution if their quest to destroy the Constitution. They’ll use the First Amendment as a loophole and never realize how evil they are.