Beware of ‘activists’ who block videos with $2000 bicycles

If they aren't proud enough of what they're doing to want it broadcast to the world, should we really take their "movements" very seriously? 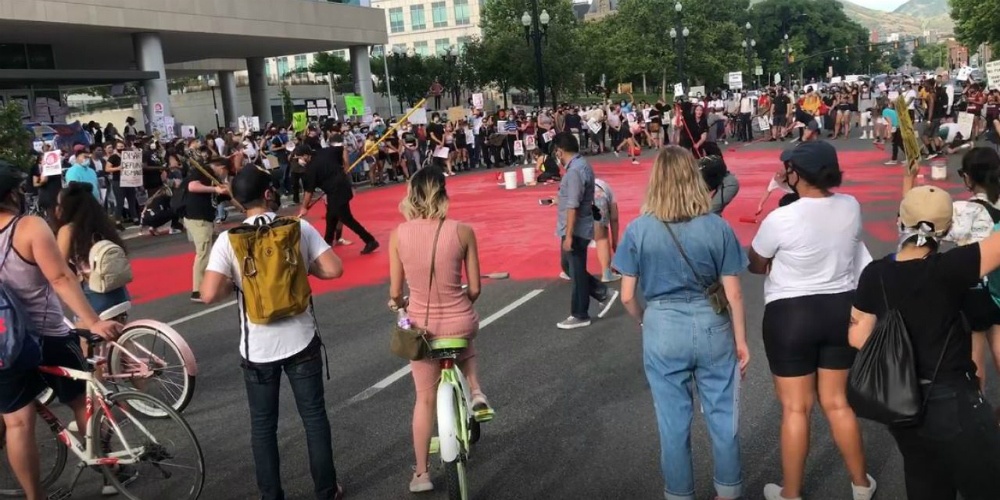 Throughout modern history, activists have craved cameras. They’ve loved it when the press is there to document their handiwork and help spread their message to the masses. Even as recently as just before the coronavirus crisis, the radical leftist environmentalist group Extinction Rebellion would do whatever they could to share their exploits on social media and draw mainstream media attention.

Things are very different with the Cultural Marxists among the Black Lives Matter and Antifa groups that are dominating the news cycles today. They seem to be camera shy, whether it’s with the failing Capitol Hill Occupied Protest (CHOP) in Seattle where shooting video can get you attacked to the “activists” in Salt Lake City who painted the streets red to represent blood in front of the District Attorney’s office. Part of it is simply not wanting video for law enforcement to use as evidence or tracking of criminals. But arguably the biggest reason they are usually so camera-shy is because the optics are terrible.

If more Americans knew not only what is being done but who is doing it, there would be fewer people getting behind these linked movements as well as the powers behind them. That’s why cameras are anathema in most circumstances pertaining to Antifa and Black Lives Matter. They want to show the results of their actions but not the origins or progress of them. Why?

Senator Ted Cruz noted something based on a recording of a so-called Black Lives Matter event in Salt Lake City. Though the red paint was supposed to signify the blood of African-Americans who were killed by police, it’s noteworthy that those participating were not the supposedly oppressed. The street painting was done by Caucasian kids, including some who appeared to be from affluent families. It was done rapidly to avoid scrutiny of the actual incident. And no, cameras were not allowed. But as the Senator pointed out from journalist Andy Ngo’s video, the guy blocking the camera seemed to have a really nice bicycle.

Why are these vandals all white kids with $2k bikes? https://t.co/HIQnlHduHl

In the latest episode of the NOQ Report Podcast, we discussed everything from George Soros to conspiracy theories to the reality of the situation on the ground.

The vast majority of activists for other causes love to get press. They love the optics they create and they’re proud of their cause. But with these BLM-Antifa episodes, they hide from media. That should tell you something about their “movement.”

These are dangerous times. The left wants to force you to be silent. That is why you need to speak up.