Psychology professor, a lifelong Democrat, gets red-pilled by Tucker Carlson

Bringing moderate Democrats to the right side is easier when we focus on our greatest strength: The truth. 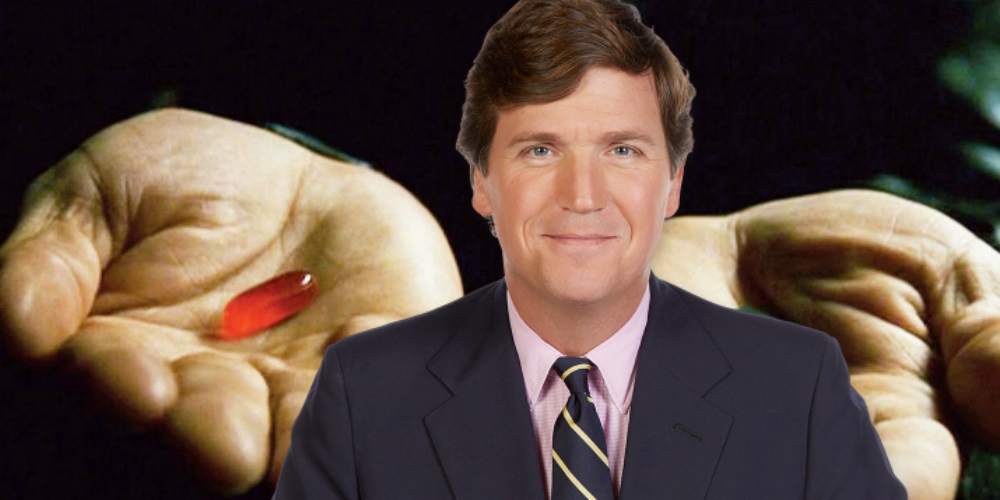 The far left is controlling the narrative for the Democratic Party. Unfortunately for the Democrats, that narrative is a losing one that is making more people realize their party is leaving them behind. From defunding police to promoting the takedown of statues to making excuses for rioting and looting, the actions and policies of the radical left are pervasive throughout the modern Democratic Party’s own commentaries.

This is losing some people while energizing other Democrats to lurch to the left along with their extreme progressive members. Trump Derangement Syndrome is to blame for many people simply not accepting that their party has gone astray, but at least on lifelong Democrat, who happens to be a psychology professor, swallowed the red pill by listening long enough to Fox News host Tucker Carlson.

I was a lifelong registered Democrat. I always assumed @foxnews was idiotic.

But the last couple weeks I've been watching @TuckerCarlson every night. And I gotta say, he seems like one of the few journalists who really understands what's going on, & has the courage to say it.

He’s not alone. Even if people aren’t listening to Carlson, many of them are realizing the untenable new ideology espoused by the Democrats is lining up with radicalism more so than common sense or patriotic American perspectives. Retired Colonel Rob Maness noted that his own leftist mother is in the market for a firearm.

Democrats Have Jumped the Shark. Even my Liberal Mom is Looking into Getting a Gun – What we have is communist revolution of 20-year-old anti-American groups fusing together like terrorists do in the Middle East when they have a common enemy https://t.co/5JdBFuK814 via @robmaness

The vast majority of Americans do not approve of looting, rioting, taking down statues, or defunding police. The longer Democrats continue to wade into this pool with their radical base, the more likely it will be that eyes will be open. It’s incumbent on conservative voices to follow the lead of Tucker Carlson and spread the truth regardless of how many feelings get hurt by it. Reality is the best antidote to delusion, and right now the Democratic Party is teetering into pure insanity.

I discussed how we can capitalize on this development in the latest episode of the Conservative Playbook.

This is a tremendous opportunity for the GOP and conservative movements in general to appeal to those who are watching their Democratic Party lurch left to Loonyville.

Nikki and Carly get on board the establishment train