The #WalkAway Movement has been great, but there are likely millions of other Democrats who are ripe for the picking. 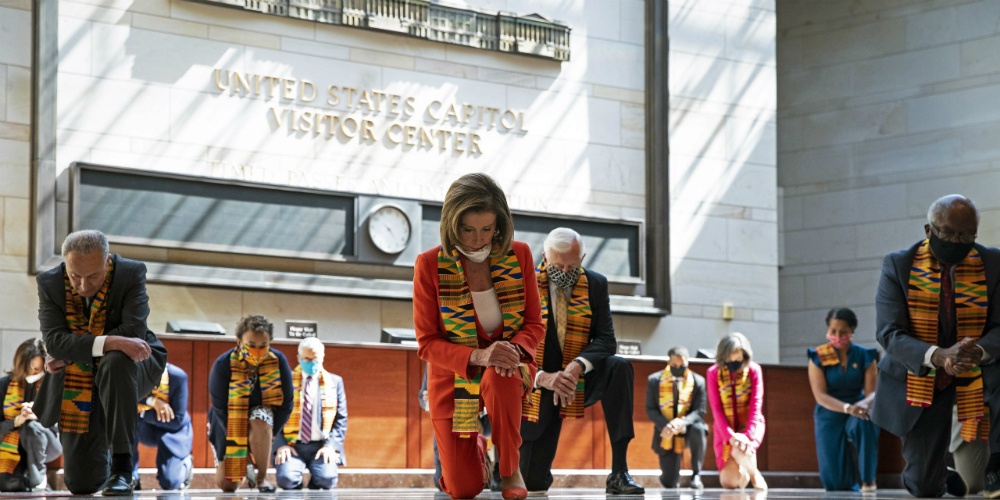 Subscribe to the Conservative Playbook on Apple, Google, or Spotify.

Today’s Democratic Party is utterly insane. At least those calling the shots and driving the policies are. But does that mean ALL or even MOST Democrats are crazy? Conventional wisdom tells us they are based on the vocal minority within the party. However, there is likely a large number of Democrats who are scratching their heads just as vehemently as Republicans when it comes to concepts like defunding police, abortion-on-demand, eliminating the 2nd Amendment, and other hot issues for which the Democratic Party has made a leftward lurch.

A Tweet hit our feed yesterday that may represent the sentiment of a large number of moderate Democrats today. Twitter user @ShawnaLeneeShow said, “In the last few years.. I went from Democrat.. to moderate.. to probably voting republican this next election unless the democrats can win me back. They don’t seem too interested in my vote, though.”

In the last few years.. I went from Democrat.. to moderate.. to probably voting republican this next election unless the democrats can win me back. They don't seem too interested in my vote, though. ?‍♀️

It’s true. Since before President Trump was elected, Democrats have embraced a much more radical ideology than even President Obama put on display. It’s almost impossible to find a pro-life Democratic lawmaker anymore because nearly all of the ones from the past have either been converted or purged from the ranks. Defense of the 2nd Amendment is a touchy subject even for Democrats in red states. They used to proudly display their high NRA ratings. Now, the few non-gun-grabber Democrats who remain in office have been actively trying to reduce their NRA ratings for the sake of leftist credibility.

But the biggest separating issue is with the recent riots and the reaction by the far-left to call for defunding police. At least half of Democratic voters do not believe this to be a wise way to handle the situation, now or in the future. But only the most secure Democratic politicians are willing to say anything that doesn’t lambaste law enforcement. This is the disconnect between moderate Democrats and the party they claim as their own. This is the vulnerability Republicans must exploit.

It won’t be easy. The unhinged Democratic Party may have lost its way, but there are still three years worth of cumulative Trump Derangement Syndrome that must be unlearned in order for concerned moderate Democrats to make the leap to Independent or even Republican. Does that mean the GOP should shift even further to the murky middle that they’ve been doing for the better part of a decade? No. Just as President Trump won people over with conservative rhetoric, so too must the rest of the GOP start embracing this notion.

The pitch to concerned Democrats must be through proper reasoning about the areas in which there can be common ground. To find these, we simply have to see what was considered bi-partisan before and assume deep down, moderate Democratic voters still feel the same way. For example, it wasn’t too long ago when President Obama and Vice President Biden were promoting the need for border security. Democratic leaders today, including Biden, may have adopted an open borders mentality, but many Democratic voters have not. We need to keep that message resonating. The borders must be secured, one way or another.

Republicans should also be pointing out the obvious realities about the economy. For three years, they demonstrated that reducing taxes and encouraging business growth benefited the vast majority of Americans regardless of political affiliation. Following the tanking of the economy due to lockdowns and subsequent Antifa riots, we’re back to trying to rebuild. Democrats who want to see their businesses, jobs, and 401Ks return to where they were before the lockdowns need to be shown how the GOP and President Trump are unambiguously the best people to make it happen.

Last but definitely not least, we need to promote the freedom and liberty narratives. The best kept secret in the Democratic Party is that most of them other than elected officials and socialists actually prefer freedom and want less government intrusion into our lives. Democrats are the party of Big Government. This may have been acceptable to moderate Democrats in the two decades following the Reagan administration, but now the scale and scope of government has grown so much that many moderates are ready for cuts. Less regulations. Less interference. Less government. More freedom. More liberty. More prosperity for all.

The radical shift in the Democratic Party offers the GOP an unprecedented opportunity to win moderate Democrats over to our side. We must capitalize, and to do that we must stick to our guns and play smart. There’s no need to move to the middle. The middle is ready to move to the right.