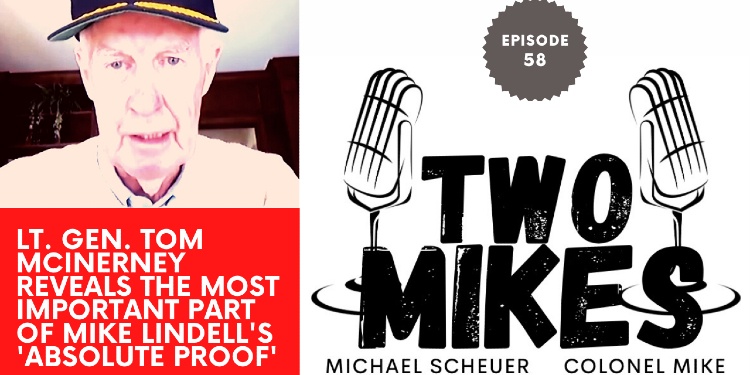 In our discussion, the General made the most important point crystal clear. Namely, that the deeply detailed data presented in the film—especially that explained by and presented graphically by Mary Fanning in the film’s last 30 minutes—showed irrefutable proof of the massive and lengthy cyber attack staged by the Chinese regime and the U.S. Democratic Party, with help from Iran, the Vatican and others, to give Biden and the Democrats the White House and Senate.

It was a direct and premeditated act of war against the American republic and people, and it dealt the republic a much more disastrous defeat than that inflicted by Imperial Japan on Pearl Harbor. Indeed, 3 November 2020 should live forever for beside 7 December 1941 as “a day of infamy”.

As always, General McInerney’s presentation is compelling, truthful, precise, and patriotic, and his final words ought to ring loudly in the ears of every patriot: “It is time to choose sides”!