It may seem hopeless. The odds are stacked against conservatives on nearly every front. But for Bible-believing Christians, now is not the time to hide. It's time to adjust our focus and strengthen our faith with a strong focus on Ephesians 6:10-18 to help us through the political and cultural wars we now face. 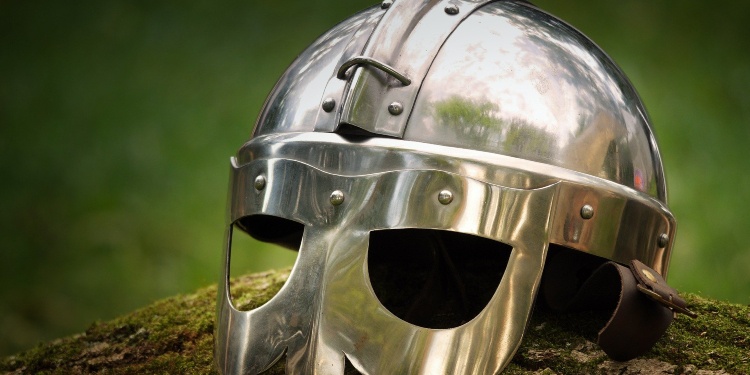 Religious freedoms have been under attack for decades. We’re used to it. But things are different now. It’s not just because Democrats have control of the House, Senate, and White House. We’ve been in this situation before. What makes it different now is knowing the radical, Neo-Marxist agenda that’s driving the new Democratic Party is already manifesting in the early days of a Biden administration.

To fight it, we have to understand their end goals. Most conservative political commentators will tell you they’re shooting for the standard leftist goals including wealth redistribution, authoritarian control, open borders, and full-blown globalism. These are all steps the Neo-Marxists want to achieve, but they’re not the end goal. As I detailed in a conference yesterday, “Infiltrated: Church and State,” the true end goal is to tear down the fabric of society so they can rebuild it in their image. The biggest roadblock in their way is the Judeo-Christian faith that binds tens of millions of Americans.

The left and right each have skills in two arenas. The right is good at winning political arguments and focusing on faith. The left is good at manipulating political arguments and activism. Their brand of “activism” has turned towards anarcho-communist tactics in recent years, and to some extent it’s working. This is why so many major players in the United States, from corporations to celebrities to sports organizations, have embraced “activists” like Black Lives Matter while bailing out domestic terrorists, often also called “activists,” such as Antifa.

We’re not in a situation where we can survive by waiting it out. They’re coming after religious freedoms with everything they have because they know it’s the binding force that holds the nation together. They demonstrated with the 2020 election that their political manipulation was stronger than our political efficacy. Now, they just need to take down the faith.

There is only one way we can bring this nation back from the brink and secure our future in this life. We must put on the full Armor of God. This isn’t a new need. We’ve been called to wear our armor at all times throughout history. But today more than ever, faithful Americans must break down the divisions we’ve built up between our faith and the secular world and make all our decisions based on the Biblical worldview.

10 Finally, my brethren, be strong in the Lord, and in the power of his might.

11 Put on the whole armour of God, that ye may be able to stand against the wiles of the devil.

12 For we wrestle not against flesh and blood, but against principalities, against powers, against the rulers of the darkness of this world, against spiritual wickedness in high places.

13 Wherefore take unto you the whole armour of God, that ye may be able to withstand in the evil day, and having done all, to stand.

14 Stand therefore, having your loins girt about with truth, and having on the breastplate of righteousness;

15 And your feet shod with the preparation of the gospel of peace;

16 Above all, taking the shield of faith, wherewith ye shall be able to quench all the fiery darts of the wicked.

17 And take the helmet of salvation, and the sword of the Spirit, which is the word of God:

Nobody but God knows what the future holds. But we do have our instruction manual with the Bible. It can and must guide us through these perilous times. If we are to continue to have a nation, we must fight for our faith.

America needs better media sources. Even many in conservative or alternative media are compromised by Big Tech. Learn why we’re launching Discern.tv and help if you have the means.