Was the Pennsylvania case dismissed to open the door for the Texas case?

The reason I mentioned on three shows that this particular case was not the one I wanted before the Supreme Court is because of the effect it would have on MAGA folks when it was shot down. 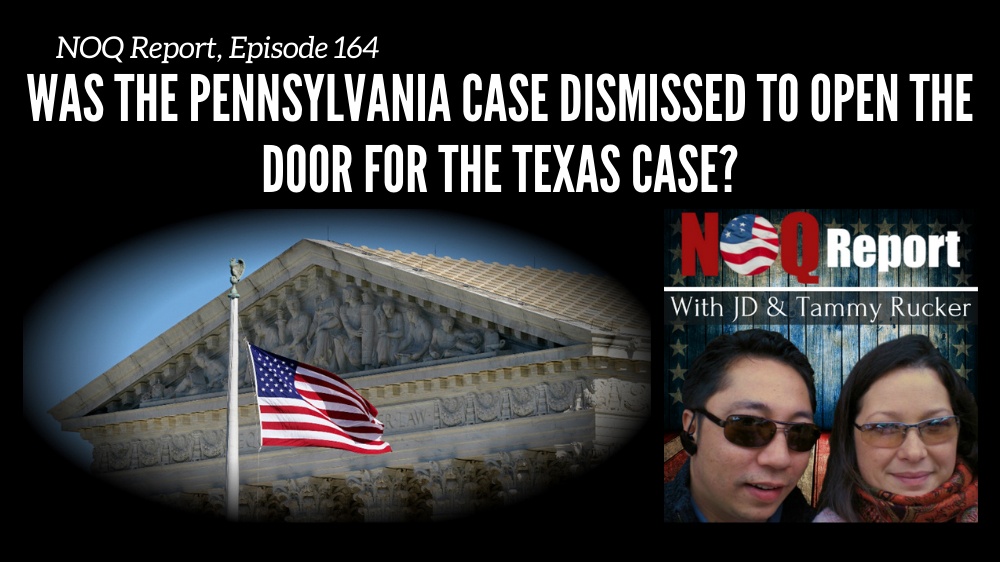 For the last week, I’ve been telling people on my shows that I was annoyed by the Pennsylvania case hitting the Supreme Court first. It was the weakest case that I’ve seen, in my non-attorney opinion, but in being right about it I may have been proven very wrong.

I assumed it would get kicked over timing, not merits. The merits of the case were strong but there’s no reason it should have been brought up after the election. Some have countered that you can’t file a complaint until the crime is committed, but this particular piece of legislation was constitutionally flawed from the start. There was no need to wait for the election to declare it unconstitutional.

Now, I’ve been going down a different path. It seems I may have been right for the wrong reasons. It’s conspicuous that the emergency injunction request was kicked without accompanying comments from SCOTUS. They justify pretty much everything they rule for or against, so the fact they simply said no is interesting. That usually only happens when they have a future ruling possible that they do not want prejudiced by previous judgments. In other words, if you don’t want your words to come back to bite you, say nothing.

Enter the Texas case. It’s a doozy. It essentially says the same thing, but from a national perspective that includes three other states. That’s big. Is it possible that the Supreme Court, having seen the upcoming case already docketed for Texas, chose to push the Pennsylvania case aside for the larger case to come forward? Yes, that seems very possible. I’m not saying that’s what happened, but it could make a whole lot of sense, as I detailed in the latest episode of NOQ Report.

Whether the Pennsylvania injunction relief was denied to make room for the Texas case or not, many Trump supporters turn to the Supreme Court to get it right this time around. We wait with bated breath.