The ‘Harris administration’ and ‘Harris-Biden’ slips were planned: Source

They want it to look as if these were simply misspoken phrases, but the reality is much more sinister. They really do want people to start viewing the Democratic ticket as Harris-Biden. 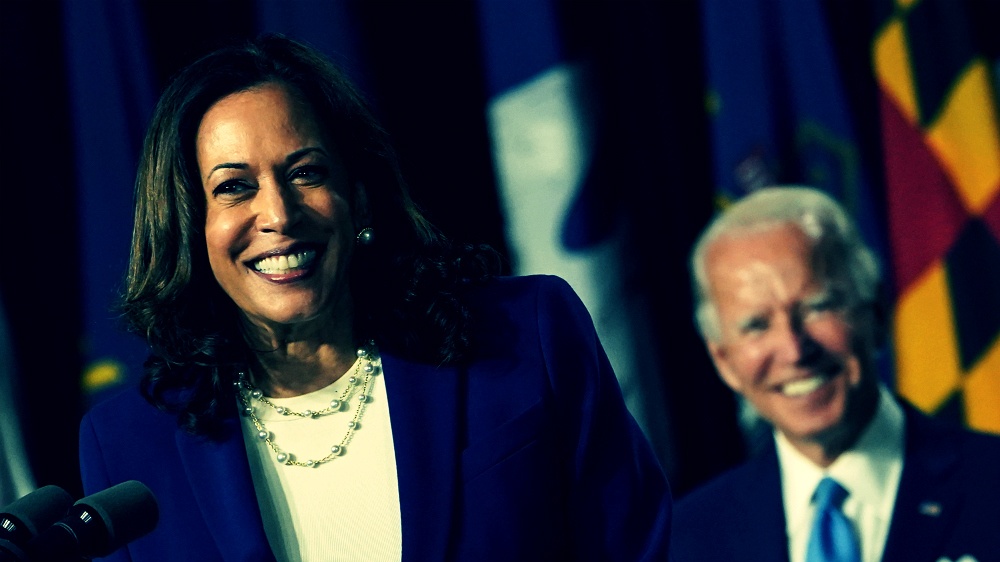 Arguably the worst change that has happened to mainstream media over the last four years is the reliance on anonymous sources. Yes, #FakeNews is a big problem as well and often closely associated with the use of anonymous sources, but the reliance on these so-called sources has made actually journalists change their practices. In the past, we’ve always needed at least two sources for a story and at least one needed to be on-the-record. Today, a rumor from an unknown (and often made-up) source is all that’s necessary for a major mainstream media headline.

I used this as a preface to this story because we have only one anonymous source. Granted, it’s a source we’ve used in the past with close ties to the DNC, a source who has never been wrong. It also helps that we’ve speculated about and even predicted what we were told by the source. The story is this: The recent “accidental” use of terms like “Harris administration” and “Harris-Biden ticket” were not accidents at all. They have been planned for a while and are being used to plant the seed that Senator Kamala Harris is really who voters should be considering as the person to lead the country should the Democratic ticket win.

As I and others have noted multiple times in the past, Joe Biden is not solid enough on any front to help the Democrats win. His cognitive decline is well-documented to the chagrin of his campaign as their efforts to hide his mental acuity issues have largely failed. He continues to be a gaffe machine and it’s being noted by multiple news outlets that his constant use of a teleprompter does not lend credibility to his competence in running the nation.

On the latest episode of NOQ Report, I dove headfirst into this topic and quoted our anonymous source who said, “We’ve been talking about this since June and July. It’s important to plant the seed in the minds of both journalists and voters that the ticket they will be supporting is being led by Senator Harris.”

Here are the other stories we covered today:

Filmmaker Judd Apatow said in an interview this week that the Chinese Communist Party (CCP) has managed to force Hollywood to self-censor the content it creates through by buying off the industry.

Apatow made the remarks during an interview with MSNBC’s Ari Melber while talking about how the industry censors content to avoid upsetting other nations.

“Instead of us doing business with China and that leading to China being more free, what has happened is that China has bought our silence with their money,” Apatow later added. “What is a result of that is that we never wake up our country or the world, through art or satire, that people are being mistreated in our country or other countries and that’s very dangerous.”

Americans got a taste for Chinese censorship last year when an NBA team manager was forced to delete a tweet that expressed support for Hong Kong protesters because it caused a major issue with China.

Israel gets bombed after peace deal, but media only reports on counter-strike

A volley of 13 rockets from Palestinian terrorists in the Gaza Strip were fired at southern Israel before dawn on Wednesday, in apparent response to Israel signing peace deals with the United Arab Emirates and Bahrain at a White House ceremony earlier in the evening.

The Israeli Air Force retaliated by striking Hamas targets across Gaza, including a subterranean tunnel, a Hamas training base and rocket launching site and a weapons cache.

The rockets violated an unofficial ceasefire agreement struck two weeks ago, in which the Gaza-ruling Hamas and other local terror groups promised a month of quiet.

Eight of the projectiles were intercepted by the Iron Dome missile defense system, the military said.

Earlier in the evening, during the White House ceremony, two more rockets were fired into the Israeli towns of Ashdod and Ashkelon, injuring six people.

The App Analyst, a mobile expert who detailed his findings on his eponymous blog, found that he could trick the app into pulling in anyone’s information by creating a contact on his phone with the voter’s name.

Worse, he told TechCrunch, the app pulls in a lot more data than it actually displays. By intercepting the data that flows in and out of the device, he saw far more detailed and private information, including the voter’s home address, date of birth, gender, ethnicity and political party affiliation, such as Republican or Democrat.

The Biden campaign fixed the bug and pushed out an app update on Friday.

How Mike Cargile plans to turn CA-35 red, plus why he is open about QAnon

Nearly every candidate running for office who has espoused anything related to QAnon has backed away from talking about the group in recent months, but not Mike Cargile. The Republican candidate for CA-35 is not embarrassed about wanting to end child sex slavery, fight the Deep State, or support President Trump, which is why he sees no problem in what QAnon discusses.

In this interview for Freedom Discourse, he and I discussed strategies he’s using to make a deep blue California district see the light and realize that voting for him is a way for residents to vote for their own prosperity.

The Democrats’ narrative is forming around a Harris-Biden ticket, just as they’ve planned for a while. These weren’t slips of the tongue. They were intentional seeding of the way they want their ticket perceived by voters. Don’t be fooled.