Insanity: 9/11 ‘Tribute in Light’ canceled to protect crew from coronavirus

New York City has its priorities so skewed, the entire city is operating from a state of lunacy. 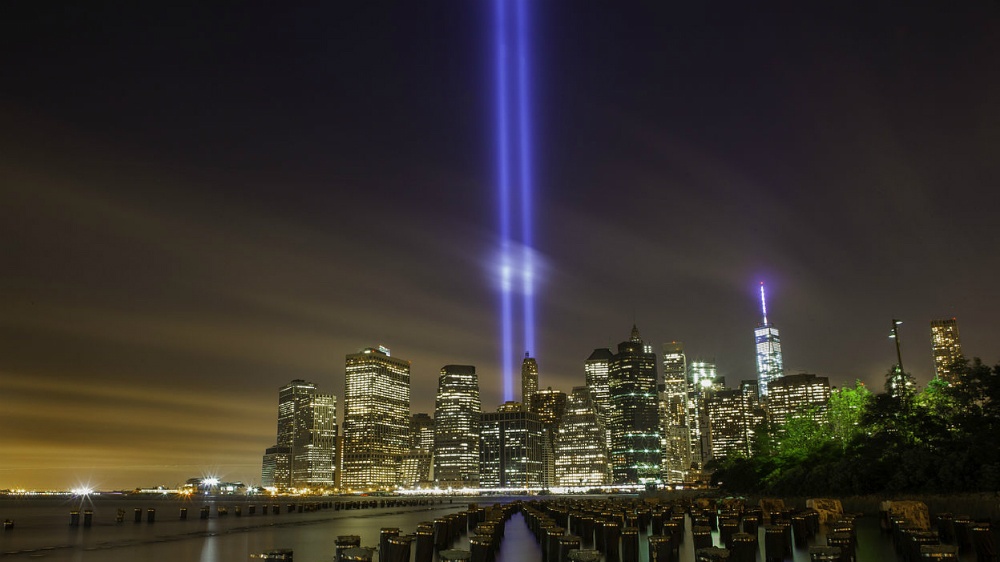 The 9/11 Memorial and Museum caretakers have decided to cancel the annual “Tribute in Light” held to commemorate the victims of the terrorist attacks that took place on September 11, 2001. The reason they have cited is concern for the health of workers who would normally be putting up, maintaining, and taking down the special lights that shine two beams into the sky that symbolize the Twin Towers that fell that day.

Were the workers they’re “protecting” consulted? No. Would they have likely have happily worn the allegedly necessary face masks and practiced social distancing when they could? Absolutely. Does this have anything to do with New York City Mayor Bill de Blasio’s obsession with authoritarian control over his city? One can only assume. According to the NY Post:

The iconic Lower Manhattan 9/11 memorial display that features twin beams of light to honor victims of the terror attacks will not shine this year over coronavirus concerns, organizers said Thursday.

The annual “Tribute in Light” display requires a large crew to pull off, the 9/11 Memorial and Museum said on its website, posing health risks this year that “were far too great.”

The museum said it was an “incredibly difficult decision” to nix the lights, but announced an alternative citywide initiative to commemorate the 19th anniversary of the September 11 attacks.

The new plan, dubbed the “Tribute in Lights,” will feature buildings across the city lighting up their facades and spires in blue on 9/11.

“In a spirit of unity and remembrance, the city will come together for a “Tribute in Lights” to inspire the world and honor the promise to never forget,” the museum said.

In the latest episode of Conservative News Briefs, JD expresses his outraged and explains why this is intended to keep American spirits low at a time when we need every boost we can get. Remembering 9/11 and declaring to the world that we will not fall so easily is an important annual event that radical leftists in New York City have now stolen from us all.

This is just the latest example of coronavirus panic being used to cancel events that actually unify us. Meanwhile, nobody had concern for those who created the BLM mural in front of Trump Towers. This has become a parody of American life.

Wuhan Flu: It is what it is and there's not a damn thing we can do about it