Are whites the least racist race or is the horn effect at play? 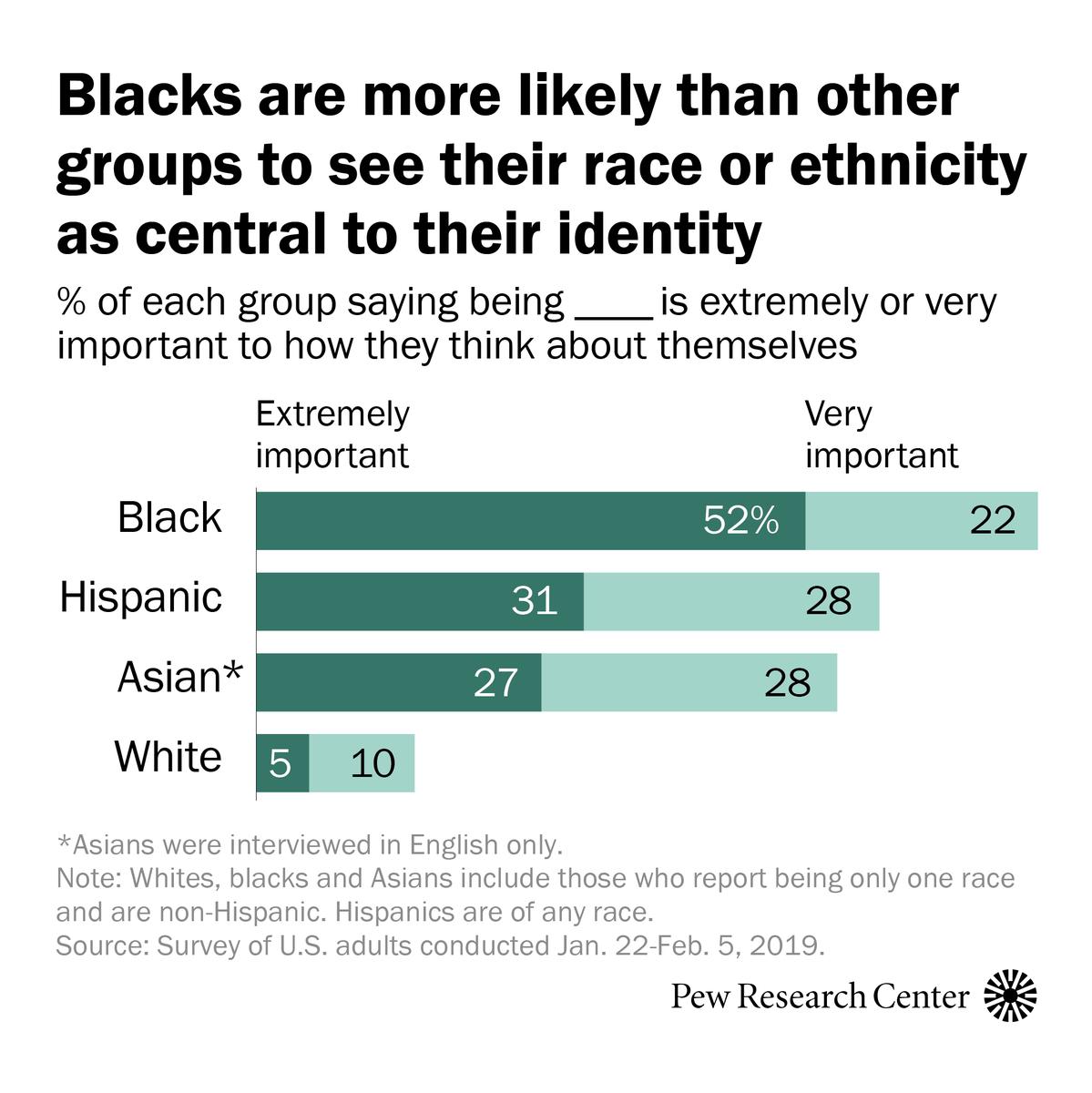 There are more Asians that view their race as extremely important than whites seeing significant importance at all. Conversely, majority of blacks see their own race as extremely important. By this logic, they would be the most racist race, which surveys in the past have shown that more people believe this than whites being the most racist race, in America. This is not to say that everyone who finds extreme importance in racial identity is a racist, rather it it is a foundational premise from which racism spawns. It is to suggest that people who don’t care about their own racial identity are less likely to be racist.

Is the issue really that big?

If we look at global studies, the United States is doing really well when it comes to not being racist, despite having a racially diverse nation. According to World Values Survey, a 2013 study, found India to be the most racist country, and the United States was on the opposite end of the spectrum.

It’s hard to believe that white people are significantly less likely to be racist? As previously stated, I highly doubt over 74% of black people are racist, but every black individual who is racist is within that 74%. With that said, the subset of white people who find racial identity important would theoretically be higher without the horn effect. The horn effect is the opposite of the halo effect, in that a person won’t answer a survey question a certain way because of negative biases. A white person in America is taught that they are responsible for racism, that they need to pay reparations and celebrating their heritage is racist.
It’s perhaps why polling was wrong in 2016. People didn’t want to admit that they like Trump to the spam callers. So the survey results were skewed. If you ask a person if they are racist, almost every person will say no. So “are you racist?” is not a good survey question. This question of identity is sneaky, but white people may be less inclined to celebrate their own racial identity because celebrating white excellence is seen as racist.

Now that is a more European take. White Americans generally identify American as their identity, not their race. So perhaps the question to have asked would have also been “do you see other races equally as Americans?” or “do you believe other races can be equally as American as you?” White people may not have fallen for the perceived trap in order to avoid being called racist. Or maybe white people are less likely to be racist.
The thing about statistics is that their are endless possibilities. But in interpreting these results, it’s important to be transparent about the foundational premises from which the conclusions are being drawn.
https://widget.civist.cloud/?api_url=https%3A%2F%2Fapi.civist.cloud%2Ft%2Fc3a94636-74a7-482e-90b6-c4448a6919e5%2F#/RW1iZWRkaW5nOmNlNmMxZDhiLTQwMjctNGNmOS1hOGUzLTI0NGRiYTQyODBmYw==

Don’t eat crickets when food shortages really start hitting in America. Eat organic, freeze-dried, sous vide chicken that you can store for a decade or two if necessary. FLASH SALE happening now at Prepper Organics, $50 off with promo code “survive2030“.
The Biden economy has decimated wealth and retirement accounts and things will continue to get worse until at least after the 2024 election. It behooves patriots to acquire physical gold and silver or make the move to self-directed precious metals IRAs from America-First companies that do not donate to Democrats. Go to Our Gold Guy for the personal buying experience with Ira Bershatsky. Go to Genesis Gold Group, a Christian fellowship-driven precious metals company. Or go to GoldCo for peace of mind from a bigger company.