Whether Saikat Chakrabarti broke the law or not, this isn't a good look for 'transparent' Alexandria Ocasio-Cortez

As we reported last week, Representative Alexandria Ocasio-Cortez’s chief of staff Saikat Chakrabarti may have broken campaign finance laws. The money trail weaving between the PACs he formed and the shell companies he used to funnel money through is either an unintended accounting mess or an intentional attempt to hide how money was used for the freshman Congresswoman’s election campaigns.  Either way, it’s a very bad look for a politician who claims to be fighting for transparency and openness for her constituents. 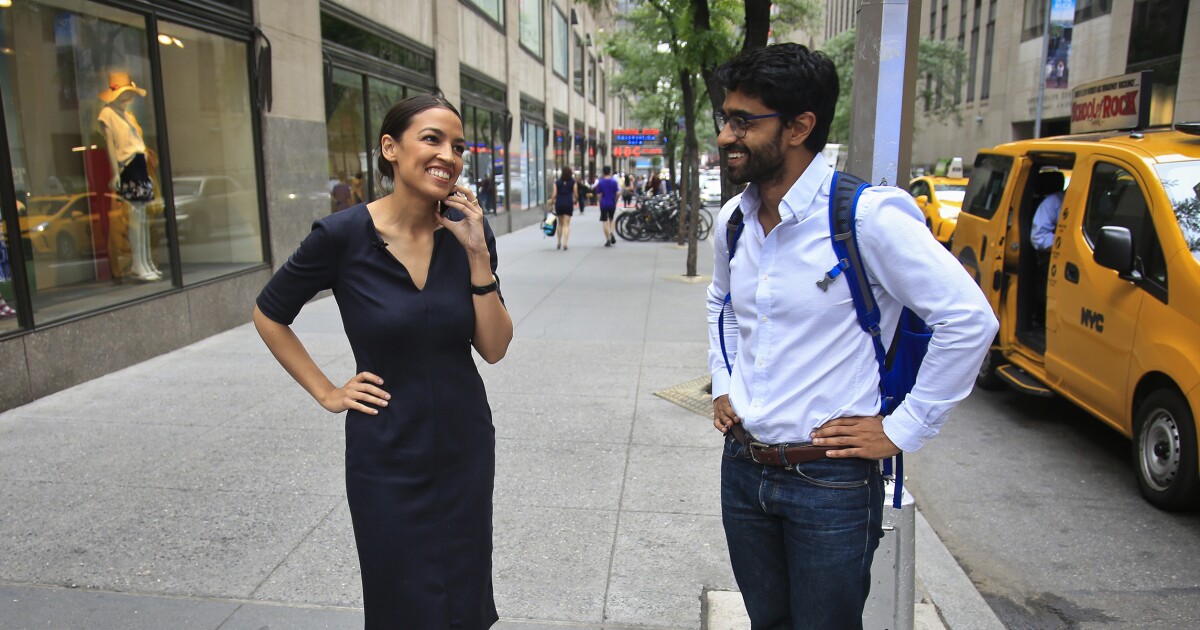 Chakrabarti’s companies appear to have been set up for the sole purpose of obscuring how the political donations were used.

The arrangement skirted reporting requirements and may have violated the $5,000 limit on contributions from federal PACs to candidates, according to the complaint filed by the National Legal and Policy Center, a government watchdog group.
Campaign finance attorneys described the arrangement as “really weird” and an indication “there’s something amiss.” They said there was no way of telling where the political donations went — meaning they could have been pocketed or used by the company to pay for off-the-books campaign operations.

Will she revert to old tricks from the Democratic Party playbook and call this part of the vast right-wing conspiracy? Will she pull from the universal busted-politician playbook and claim she had no idea what was going on? Will she throw Chakrabarti under the bus? Will she defend him as someone who made a rookie mistake? At this point, we don’t know and we shouldn’t care. As I tweeted earlier, she’s been propped up on a pedestal when in reality she’s new and mediocre.

While the right feigns shock over @AOC's possible campaign finance violations and leftists ramp up their righteous indignation to draw cover for her, let's all remember one thing. She's a politician. It doesn't matter how high her pedestal is, she's still just another politician.

There can be no transparency when your campaign is hiding money in shell corporations. If she knew about it, she’s just as corrupt as the establishment she rails against. If she didn’t know about it, she’s as incompetent as her detractors think she is.