Silicon Valley is like Hollywood. Conservatives get blacklisted and swept under the rug.

Sometimes, mainstream media jumps straight to conclusions that turn out to be wrong. Other times, they refuse to jump to a conclusion even if the evidence clearly points to it. We have a case of the latter with Facebook, Oculus co-founder Palmer Luckey, and the anti-Hillary organization he supported.
Several media outlets have picked up on a report from WSJ suggesting Luckey’s ouster was because he donated $10,000 to a group that produced memes against Democratic presidential candidate Hillary Clinton in 2016.

Why Did Facebook Fire a Top Executive? Hint: It Had Something to Do With Trump 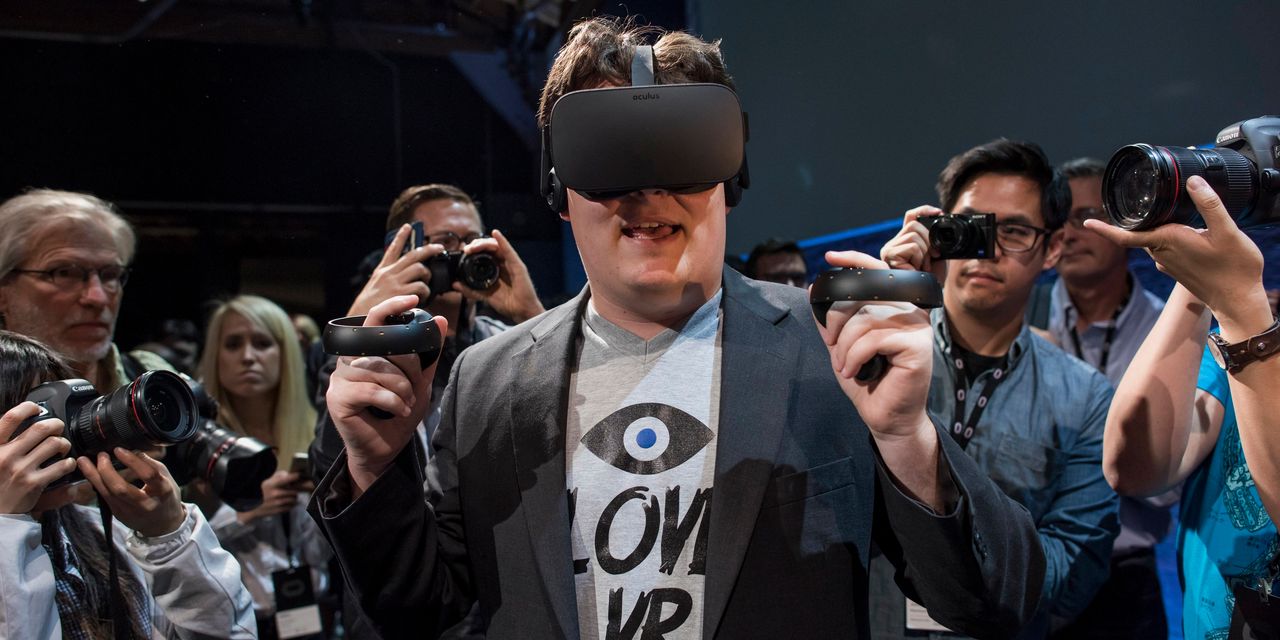 Internal Facebook emails suggest the matter was discussed at the highest levels of the company. In the fall of 2016, as unhappiness over the donation simmered, Facebook executives including Zuckerberg pressured Luckey to publicly voice support for libertarian candidate Gary Johnson, despite Luckey’s yearslong support of Trump, according to people familiar with the conversations and internal emails viewed by The Wall Street Journal. Luckey’s ouster from Facebook was a harbinger of battles that have broken out over the past year over the overwhelmingly liberal culture of Silicon Valley, which has given the tech industry public-relations headaches and brought unwanted attention from Washington.

The social media giant has been called out by conservative media and Republican politicians over their leftist leanings, particularly in their coveted news feed that directs millions of users per day to various websites across the internet. The company has been accused of stacking the deck in favor of left-leaning news outlets and even censoring reports from right-leaning sources.
This latest report of actions taken by a tech company against a Donald Trump supporter is big because of the players, but this is a systemic issue throughout Silicon Valley. I know. I’ve seen it myself.

In Hollywood, rumors spread quickly. Someone might be a sexual predator like Harvey Weinstein, in which case reports spread throughout Hollywood for decades before it was ever brought to the public. Through it all, Weinstein continued working and people kept working with him. If he had come out as a conservative, his views might have sunk him more quickly. It’s an unforgivable sin to lean to the right in Hollywood.
The same is true in Silicon Valley, though not nearly as publicized. If anything, it’s more perverse. Very few companies in Silicon Valley will hire executives who express conservative views or support conservative initiatives. Ask Brendan Eich.

Does Mozilla Dumping Its CEO Over Prop. 8/Anti-Gay-Marriage Stance = McCarthyism?

Conservatives – including those who support gay marriage, such as Hot Air’s Allahpundit – have been howling that Eich’s ouster is an ominous new form of blacklisting that seeks to discredit and silence all opposition to the “hoMOsexual agenda” (as it’s often pronounced by detractors).

A decade ago, I worked with several companies in Silicon Valley. Social media was still relatively new and my company’s products focused on helping organizations use it to reach a broader audience. So many of our clients were in Silicon Valley that we considered opening up an office in the San Francisco Bay area despite insane costs of doing so just to cut down on travel.
One thing because crystal clear after the first few meetings: leftism was not only practiced but it was assumed that anyone dealing with Silicon Valley had to be a progressive. Over lunches with different organizations, the topic would often shift towards whatever politics were high in the news cycle. I’d do my best to avoid them, but my clients were often persistent.
“Thank God Obama’s going to fix this economic mess,” one CEO said to me during a catered lunch in her office.
“We’ll see what happens,” I said neutrally, trying not to betray my feelings. “I’m sure the economy will rebound soon.”
Apparently, I failed at disguising my feelings because the conversation, which up to that point had been robust, turned very quiet. The meetings that were going so well before lunch were suddenly interrupted immediately after lunch when “something came up.”
One of my colleagues called me as I drove back to my hotel to find out what happened. We were fired within minutes of me leaving their office. Later, I learned through another client who had referred us to the this particular CEO that it was my assumed political views that got us fired. “Did you know he was a Republican?” she asked our mutual friend. “Why would you send me a Republican?”

One major misconception regarding Silicon Valley’s progressive bias is that it’s a result of company culture that trickles down from the top. That may be true at smaller companies, but it’s actually the other way around in bigger ones. That’s not to say progressive employees make their bosses more progressive. But the reason behind most firings at Silicon Valley’s bigger companies is more about backlash from the team than personal feelings from the executives themselves.
In the case of Palmer Luckey, Facebook executives weren’t overly concerned about his $10,000 donation or his political leanings. They cared more about the optics within the company itself. We know this because before firing him, the allegedly tried to get him to publicly support Libertarian presidential candidate Gary Johnson. 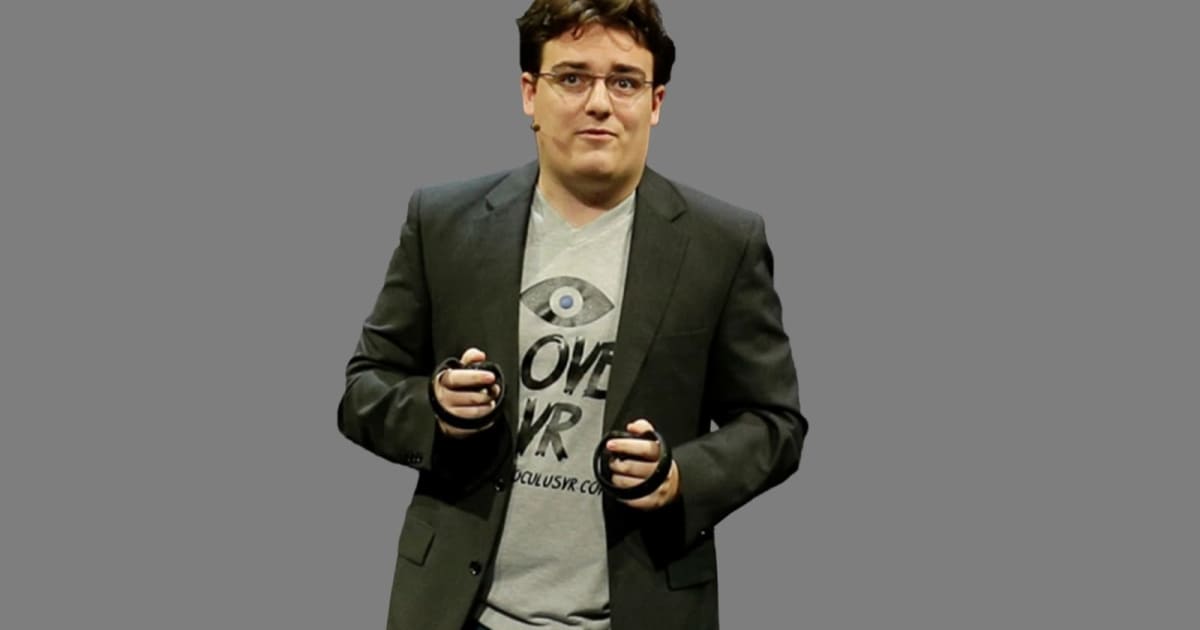 When Oculus co-founder Palmer Luckey left Facebook, neither said exactly why. The implication that it was due to his quiet donation to a group spreading pro-Trump memes. Now, however, we might have a better idea — and it raises questions about Facebook’s behavior as much as it does Luckey’s. The Wall Street Journal has obtained emails and sources indicating that Facebook executives, including Mark Zuckerberg, pressured Luckey to publicly support libertarian presidential candidate Gary Johnson after word of the donation got out. Moreover, Luckey’s exit wasn’t voluntary. The company placed him on leave and eventually fired him, albeit with an exit package worth “at least” $100 million.

They didn’t really care that he supported President Trump. They feared their employees would revolt when word got out about it. If they could get him to pretend to support Johnson, that could mitigate the damage. After all, supporting a Libertarian isn’t all that bad in the eyes of a progressive. He would just be slightly misguided and probably not very excited about Hillary Clinton. That’s forgivable. But directly supporting President Trump, well, that’s just not acceptable for a top executive in Silicon Valley. Their employees would believe they worked for a company controlled by the prince of darkness if an executive supported Donald Trump.
Don’t get me wrong. I’m not suggesting executives at Google, Facebook, Twitter, or any other tech giants aren’t social justice warriors promoting their leftist ideologies. I just don’t think they care about an executive’s ideology as much as they’re concerned about internal company optics. Their snowflake employees won’t stand for it.
It’s unfortunate for conservatives in Hollywood or Silicon Valley, but we shouldn’t fret. Our eyes are open. We know the deck is stacked against us. We just need to keep fighting the good fight, spreading the word, and staying informed.