Mainstream media is avoiding the topic of Democratic darling Andrew Gillum, the Tallahassee mayor who is running for governor of Florida. It’s becoming increasingly difficult to ignore him as more evidence emerges that he was taking kickbacks, lied about it, and continues to try to cover it up.
It all started with something that might seem to most to be innocuous: accepting tickets to a showing of the popular Broadway musical Hamilton. While allowing a businessman (who turned out to be an undercover FBI agent) to pay for the tickets might not seem like a big deal, it’s still against the law and corroborates Gillum’s reputation of accepting financial favors from people who intend to sway his decisions for their benefit.
Then again, it may not seem innocuous to anyone who’s ever tried getting a hold of the coveted tickets.
Now, the extent of kickbacks heading Gillum’s way have gone up significantly after a new report shows he wasn’t just accepting show tickets. 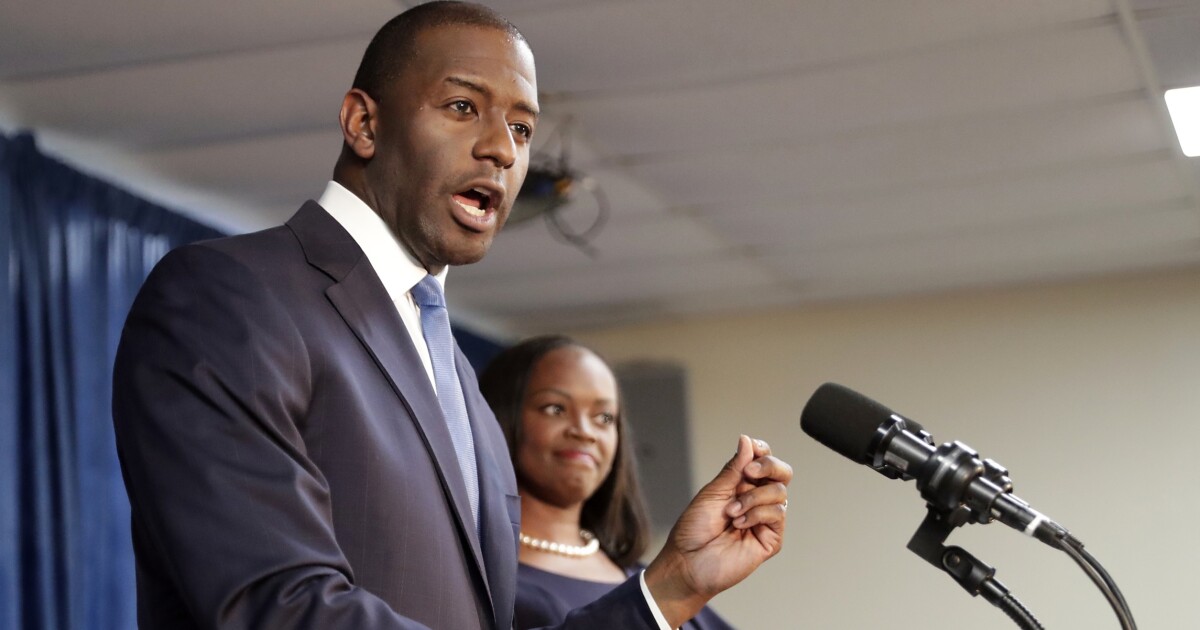 Tallahassee mayor and Florida gubernatorial candidate Andrew Gillum had an undercover FBI agent pay for a fundraiser for his political action committee in 2016, new emails and records reveal.

According to the documents originally requested by the Florida Commission on Ethics, undercover FBI agent “Mike Miller” was charged $4,386 from a restaurant then owned by former lobbyist Adam Corey.

Most would say his willingness to accept bribes are the biggest reason Floridians should vote against him. To me, his penchant for bald-faced lies to cover it all up is a far worse indicator of the type of governor he would be. Florida needs Ron DeSantis.