NOQ Report writer Eric Dixon wrote a great piece about how Hugh Hefner and his Playboy Empire (billed as ‘Entertainment for Men’) destroyed a “lifetime of innocence.” He managed to take care of himself and lived to be 91…and/or was allotted that time.

Late Wednesday, the Playboy Magazine Twitter account announced the death of the magazine’s founder — and perhaps the inspiration for generations of increased sexual licentiousness — Hugh Hefner at age 91. As a public figure and avatar for a different kind of cultural change, Hefner is fair game for analysis. What is the lasting impact of his Playboy media empire and the cultural evolution it helped spawn?

The baggage of the so-called liberation of sex is rarely discussed. However, when several full generations have experienced it, only to consequently feel its emotional and painful aftereffects, we should wonder what the long-term ramifications have been.

However, we also need to focus not just on the Hefner’s of the world (including the worst of them all Larry Flynt); but certain women that are no better than the founder of Playboy.

Ben Shapiro correctly called out feminist writer Jill Filipovic (both of the millennium generation and on opposite sides of the political aisle) about her remarks to a piece that ran in the New York Times by a writer who says that abortion being a remedy to poverty is a “dehumanizing argument.” Like most feminists Filipovic defends abortion on demand, and openly admits to why feminists like herself defend it. “Women don’t have abortions only out of economic constraint…Abortion means better economic opportunity for women. It means better and less fearful sex.” She is not alone in saying this; Ilyse Hogue who is the current president of the abortion advocacy group NARAL Pro-Choice America said regarding women and abortion; “It’s not about abortion, it’s about sexually empowered women.”
Cosmopolitan which is one of the publications that Filipovic writes for knew to how to attract career minded women (and certain feminists), but also how to deal with sexual issues to its target audience since its mid-1960’s reboot done by Helen Gurley Brown. It is done with its endless covers of women in risqué clothing, coupled with its endless articles of sex talk. So, while men get their kicks seeing photographs of naked women (unless they prefer men and are truly Gay), it’s the women that like to see themselves as sexual beings (Lesbian or not), and prefer to talk dirty rather than seeing pics of “dirty young men.” Remember “Playgirl” anyone?
Annie Laurie Gaylor, the daughter of Anne Nicole Gaylor (both were the founders of Freedom of Religion Foundation and lifelong atheists and Feminists) wrote in her memorial piece about her mother who just passed on at the time of its writing, mentioned that her mother showed no shame in showing off her legs (in the forms of natural pantyhose and shorts) or baring her breasts to feed her babies (I take it she did not cover herself up while doing this) in a time when that was not appropriate.

Even our pop music divas from the likes of Donna Summer to Madonna and the many wannabes that followed (Britney Spears, Beyonce, Mariah Carey, Lady Gaga, Katy Perry etc. etc.) have been marketed and seen as women who had no shame in expressing their sexuality.
We may not complain about women showing off reasonable amount of skin these days (like Anne Gaylor did), but overall this piece only shows that women are just at fault for our overly sexualized culture as much as Hugh Hefner is. We need more women like Elizabeth Johnston who will call out these women out like she did regarding a Teen Vogue piece encouraging women to try out alternative sexual lifestyles. It is their duty to do so. 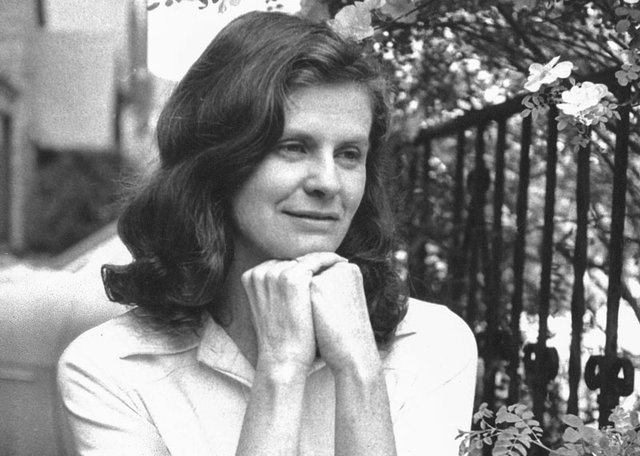 Our phone was also used for various feminist causes and eventually for the Women’s Medical Fund, the abortion charity for Wisconsin women without means that Anne administered for more than 40 years. It also became the main line for the Freedom From Religion Foundation in its earlier days, oft phoned by reporters (and cranks). The appropriation of our humble family number demonstrates the dizzying number of controversial causes and thriving groups embraced by or formed by my mother. Until March, at age 88, she was still personally taking the calls for the Women’s Medical Fund at that home number.

The President of NARAL on What Abortion Means in This Election | Susan Rinkunas, The Cut

And yet there are still people — some of them women — who want to impose their anti-choice views on others. I told Hogue that it’s hard for me to understand how women could be in favor of restrictions on their reproductive health. “I think it’s really intense when you’re raised surrounded by that mentality to challenge it, and we forget that,” she says. “Think about the Mormons who walk away from intense Mormonism. You have to be prepared to lose everything you know — your church, your family.”

It’s not about ushering in world like the Handmaiden’s Tale. It’s about a little common sense. Sex itself is not a bad thing. Yes, there is the pleasure principle but it’s also scared due to how deep physical relations that couples do have with each other and their bodies (preferably married in the Eyes of God) coupled with the procreation factor (child baring and God’s command to be fruitful and multiply).