The feminist movement (and a good bit of the transsexual wing of the LGBT movement) has been thoroughly hijacked by terrorists and virulent Jew-haters. The only difference between the Charlottesville Nazis and Rasmea Yousef Odeh’s marchers is in their haircuts and addition of a vagina hat.
From the Washington Times back in March:

Convicted Palestinian terrorist Rasmea Yousef Odeh, an organizer of a Day Without a Woman, has agreed to leave the country in exchange for no jail time for failing to disclose the conviction on her U.S. visa application.

And the day of her departure finally came Tuesday, when she was stripped of her citizenship and deported to Jordan.

Demonstrating the effectiveness of the propaganda campaign by Rasmea’s supporters, the Associated Press headline, widely shared, referred to her as an “activist” rather than the terrorist she is and uncritically quoted her claim of a coerced confession:

As usual, Rasmea and her supporters used the occasion to defame Israel during a “press conference” and to declare that “we will liberate Palestine.”
Always remember Rasmea’s victims. 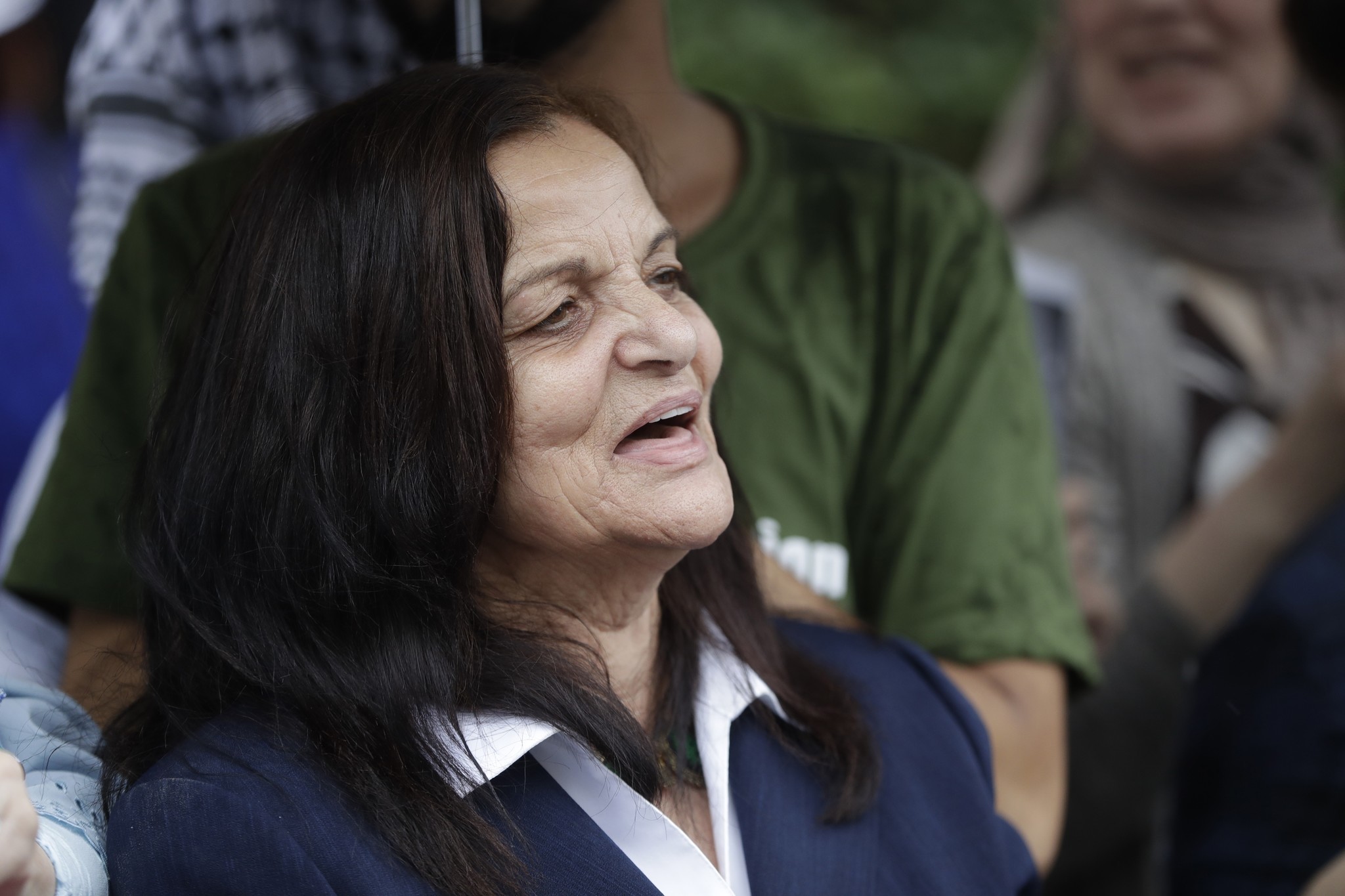 Dozens of demonstrators gathered at Chicago’s O’Hare International Airport on Tuesday to show their support for a Chicago Palestinian activist with a decades-old record of bombings in Jerusalem prior to her deportation to Jordan.

Odeh was involved in the bombing of a Jerusalem supermarket in 1969, in which Leon Kanner and Edward Joffe were killed

As a member of the Popular Front for the Liberation of Palestine terrorist group, Odeh was involved in the bombing of a Jerusalem supermarket in 1969, in which the 21-year-old Leon Kanner and 22-year-old Edward Joffe were killed and nine others were injured. She was sentenced to life in prison by an Israeli court in 1970, but served 10 years, being released in 1980 as part of a prisoner exchange.
She lived in Jordan for the next 15 years, before leaving for the US.

No lack of fools & scoundrels: dozens of demonstrators gathered to protest the deportation of murderer RasmeahOdehhttps://t.co/kMr9dkA0iw

Rasmeah Odeh, a convicted terrorist who lied on her US citizenship application, is finally being deported. https://t.co/iIj1WjtMmY

Feminism isn’t on the top of the list of freedoms in Muslim countries however, so her “Day Without a Woman” efforts likely won’t be repeated in her new environs.
If only Linda Sarsour could be deported next (I wish). Maybe feminists will begin noq to wake up to their commitment to “intersectional” causes and how they’re being played by evil forces who have nothing invested in actual women’s rights.
As for Odeh: Good riddance!