Making sense of the aftermath of the 2020 Election 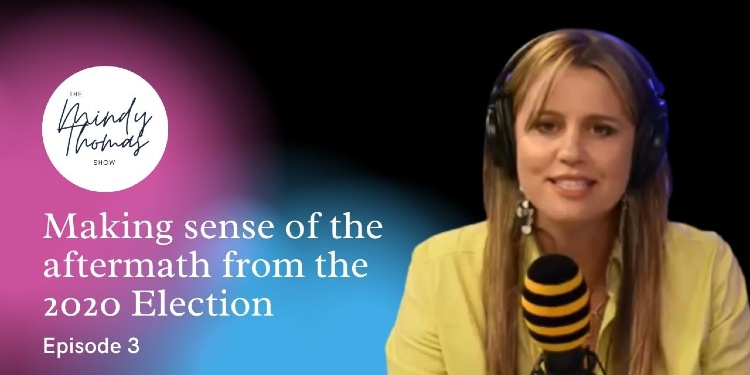 Mindy Thomas and co-host Jeff Dornik take time away from interviewing guests to simply discuss the aftermath of the 2020 Election. It’s clear for all to see that Election Fraud ensured the election of Joe Biden. So now that Biden has become the Alleged President, where do we go from here? It’s clear that we cannot letup on our quest to expose the stolen election of 2020. If we do let this pass without confrontation, we face unending power for the Globalist Elites that reportedly used Dominion Voting Systems and Smartmatic in order to rig the election against Donald Trump.

Many conservatives have given up the fight, turning their back on President Trump and wanting to move on from the Election Fraud fight, especially in the aftermath of the January 6th debacle. However, we must remain resolute in our stance and do whatever it takes to prove, once and for all, that Donald Trump won the 2020 Election in a landslide.

If we want to save our country, we can’t get distracted by anything other than election fraud. If we allowed it to go unchecked, we’ll never win another election because the Establishment will control the rigged voting systems and ensure their indefinite power. Mindy and Jeff break all of this down and more during this episode of The Mindy Thomas Show.

Good News! New Publishing Firm Launched to Give a Voice to Conservative Americans

Faith in the Wrong Institutions