Joe Biden confirms he’s a racist, that CCP genocide is a ‘cultural norm’ and China is the world leader 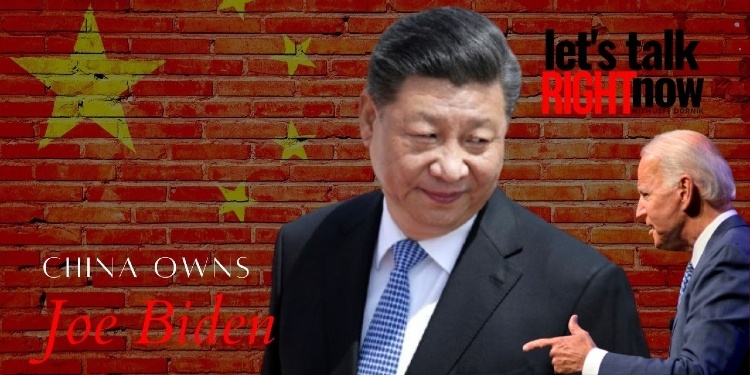 Alleged President Joe Biden participated in a “Presidential” Town Hall last night on CNN with Anderson Cooper. During this Town Hall, he confirmed what we already know… he and the Democrats are racist, are controlled by the Chinese Communist Party and don’t care about the Nazi tactics being used by the CCP.

With all of the human rights violations, the fact that Joe Biden is still defending China and looking the other way is confirmation of the accusations thrown against him of being controlled by the CCP. What we are seeing happen in China is the modern day equivalent of Nazi Germany’s rounding up of the Jews into concentration camps. China is rounding up the Uighers in concentration camps, murdering them and harvesting their organs. This is barbaric, and the fact that the Democrats and Joe Biden are justifying this behavior as nothing more than a “cultural norm” just just how depraved they truly are.

Joe Biden also confirmed his view that China is the new world leader, yet he wasn’t going to make it official until China stopped their human rights violations. That’s the only repercussions he suggested to their genocidal practices… that we want pass the torch to them as the world leader. That’s it. Shows just how soft he is towards evil communist dictators.

During this episode of Let’s Talk Right Now, Jeff honors Rush Limbaugh after news broke of his passing, reminiscing of his childhood listening to Rush in the car and being influenced by him politically. Limbaugh was an influence to millions of conservatives across this country. In fact, he was MAGA before there was a MAGA Movement. He will truly be missed.