Can bullion and Bitcoin save us from Biden?

Our economic future is in question. Between the coronavirus lockdowns decimating the private sector and Democrats pushing radical policies from the public sector, money is tight and getting tighter. It may be time to dive into precious metals and cryptocurrencies. We were joined by Patriot Gold Group's Jack Hanney to discuss the future. 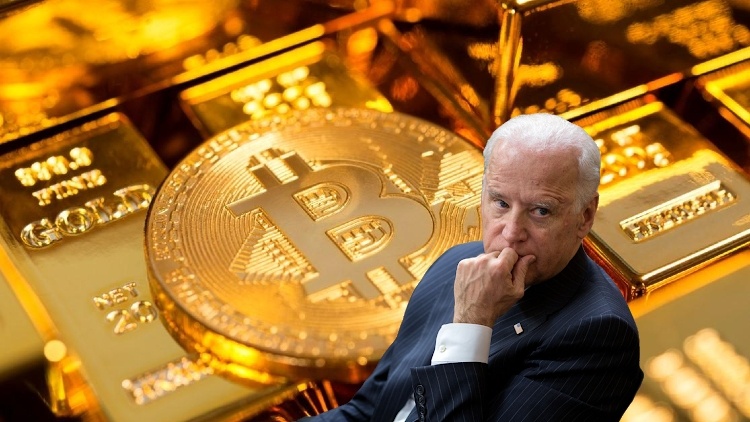 One of the biggest economic shifts from one United States president to another happened in 1981. The incredibly horrible economic policies of Jimmy Carter were rapidly reversed by Ronald Reagan. What followed was the most prosperous individual decade in history as our fortunes reversed, seemingly overnight. Today, we’re facing the opposite shift as we’re going from the man who delivered the strongest economy in the history of the world to a man who is determined to wreck it in a matter of weeks.

You’re probably already seeing the changes in prices at grocery stores, gas stations, and common services. Even before the monstrous $1.9 trillion “relief” bill is official, the economic turmoil that was finally starting to subside in the final months under President Trump are ramping back up again. What’s worse is that anything bad that happens in the economy will be blamed on President Trump and Covid-19 while anything positive will be positioned by the press as 100% due to President Biden.

Unfortunately, we shouldn’t expect a whole lot of positives to debate about. The stock market continues to perform well, but everyone in the know on Wall Street is on edge with the understanding that this is the biggest investment bubble since 2008, perhaps bigger. The bottom could fall out at any time. To be clear, I’m not one of those financial fearmongers who sees economic collapse around every corner. Even as stocks plummeted at the height of the lockdowns, I was confident they would bounce back and they did. This is difference. I’m legitimately concerned about 401Ks, inflation, and the collapse of the U.S. Dollar.

This is why I’m looking very seriously at two arenas: Precious metals and cryptocurrencies. As an obligatory disclaimer, I am NOT a financial advisor, economist, accountant, hedge fund manager, or prophet. The best part about ordering from Doordash is that it calculates the tip for me so I don’t have to embarrass myself at the restaurant. But I read. I read a whole lot. And I have a penchant for reading tea leaves regardless of whether they’re economic, political, or cultural. Right now, it doesn’t take a fiscal guru to realize that the economy is on shaky ground.

Precious metals and cryptocurrencies are very interesting for different reasons. Gold and silver in particular have always been used as a hedge against inflation. When the Dollar goes down, gold and silver tend to go up. When stocks go down, many investors lean on the security of precious metals to stabilize their portfolios. These things aren’t new. What’s new is the uncertainty in a market that seems to be morphing from bear to bull and back again in a matter of days.

Cryptocurrencies offer a different type of “security.” I had to use scare-quotes around “security” because there’s really nothing secure about the most volatile market out there. Huge gains and massive losses are the norm in cryptocurrencies which is one of the reasons they aren’t being adopted more. Yet. There’s also a technological barrier that doesn’t exist in most other markets, but that’s quickly fading as well.

What makes cryptocurrencies so interesting is that they also bet against the Dollar. It’s not as direct of a correlation as there is with precious metals, but the connection is there nonetheless. Fortunes are made and lost in minutes. Cryptocurrencies are not for the feeble. And while there is a push to pretend like they’re not similar to betting at a casino, they really are. Where precious metals have stability, cryptocurrencies have none. Nevertheless, the uncertainty surrounding the Biden economy makes it a smart move to dabble in cryptos. I would never recommend investing anything you aren’t willing to lose in a second. When I go to Las Vegas, I only go with money that I can live without. Any other strategy is foolhardy.

In the latest episode of NOQ Report, I explored these concepts more thoroughly. I also had an excellent conversation with Jack Hanney, someone who knows a thing or two about precious metals and investments. Hanney has been in the financial markets for 20+ years and is widely considered as an expert in his field. He studied under William O’Neill, one of the most successful investors in history. He is now a senior partner at Patriot Gold Group.

I’m not a financial advisor. Not even close. But it seems clear that as Joe Biden and Democrats set forth to wreck the economy through Modern Monetary Theory, precious metals and cryptocurrencies seem to be smart plays right now.