It's quickly becoming taboo to mention "China" and Covid-19 in the same sentence. Chinese Communist Party control over media and Big Tech make it dangerous to discuss the topic, especially when blame is placed on the CCP. But China expert Steve Mosher is beholden to the truth, as is NOQ Report. 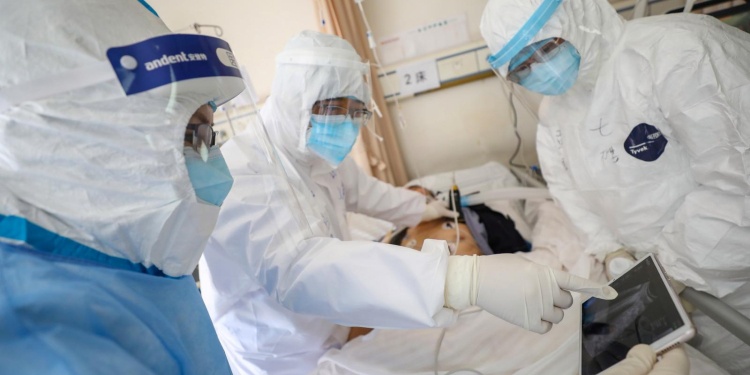 Following reports by the World Health Organization that failed to lay blame for the coronavirus pandemic on China or the Chinese Communist Party, Americans on both sides of the political aisle have been crying foul. One of the most vocal opponents of the coverup by WHO on behalf of China is Steve Mosher, a social scientist and expert on China. Does he think based on the information we have available that the Wuhan Flu’s creation and spread should be blamed on China?

Mosher is an international authority on China and is President of the Population Research Institute. He is the author of the bestselling book Bully of Asia: Why China’s Dream is the New Threat to World Order. In 1979, he was the first American social scientist to visit mainland China where he had access to government documents and actually witnessed women being forced to have abortions under the “one-child policy.” He was a pro-choice atheist at the time, but witnessing these traumatic abortions led him to reconsider his convictions and to eventually become a practicing, pro-life Roman Catholic. He has appeared numerous times before Congress as an expert on world population, China, and human rights abuses. He has also made TV appearances on Good Morning America, 60 Minutes and now he’s on NOQ Report.

“Gain of what function research, you ask?” he continued. “Gain of the function to make a virus more deadly and more infectious.”

Between the World Health Organization, the U.S. Centers for Disease Control and Prevention, and politicians across the globe who seem to be compromised by the Chinese Communist Party, the narrative that has persisted throughout the worldwide crisis has been that China is not to blame. This is false prima facie and only becomes more demonstrably ludicrous the deeper we dig into the origins and spread of the coronavirus. But Chinese Communist Party influence has become so ubiquitous, it has become very difficult to get to the truth and then to get the truth out to the people.

Experts like Mosher who have been pointing their fingers at the CCP have been called “conspiracy theorists” for thinking the virology lab in Wuhan is the original of the disease. The CCP shills making such accusations against Mosher and others still hold to the notion that it was a random mutation from someone eating bat soup in a market that is conspicuously down the block from the lab. If it was created there, was it then released accidentally or intentionally?

“This is one of those superbugs that was being created in the laboratory and got out of the laboratory,” Mosher said. “I’m not completely rejecting the idea that it was deliberately released in China and then released on the world.”

One of the side-effects of having the Chinese Communist Party controlling so much of our media, Big Tech, and politicians is that even mentioning the CCP can get a website or interview flagged. We’ve had several brave guests on, especially though our Two Mikes podcast, who reveal the truth about Covid-19. Mosher’s expertise on China makes his interview important and he used his time on the show to call for China’s reckoning.

“There ought to be trillions of dollars in reparations paid for the economic damage, not to mention the millions of people who lost their lives or lost their jobs or lost their business because of the China Virus,” he said. “The butcher’s bill in this case is huge. It ought to be paid in full by the Chinese Communist Party.”

This fascinating conversation continued beyond talking about the China Virus. Is Joe Biden compromised by the CCP? What is China’s “Social Credit System” and is it working its way into America now? What can stop the Chinese Communist Party from advancing further towards world domination? Will there be armed conflict between the United States and China, perhaps over Taiwan? Mosher answered these and other questions during the interview.

With the WHO covering for the Chinese Communist Party, it takes truthful and patriotic experts like Steve Mosher to reveal the truth about the China Virus. It’s not just about laying blame. It’s about preventing future attacks like this from happening again.