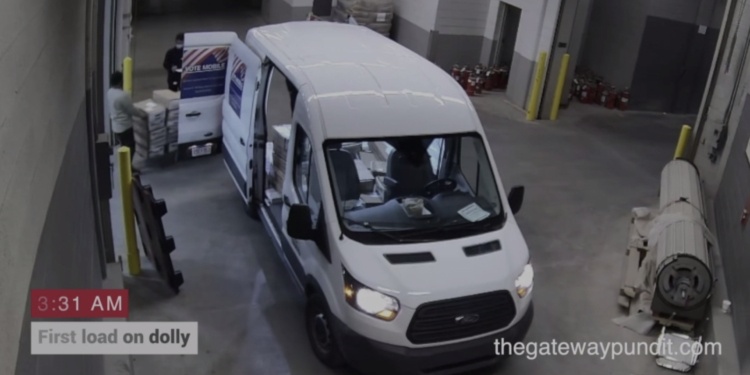 Whether someone believes that demonstrable widespread voter fraud changed the results of the election or not, they must be willing to admit that it existed and deserves to be covered by the media. Millions of Americans believe the election was, indeed, stolen and the vast majority of them are conservatives. Why are so many “conservative” news outlets refusing to cover it? Many haven’t been covering it for weeks. Some never covered it at all.

Before I explain why they’re not covering it, let’s look at three reasons it MUST be covered today and beyond, perhaps indefinitely. First, contrary to popular belief among politically minded conservatives, tens of millions of Americans have no idea massive, widespread voter fraud took place. Lest we forget, any discussion of voter fraud has been suppressed by mainstream media and is an infraction worthy of getting banned by Big Tech. Those who still get their news from CNN, Fox News, or any of the corporate propaganda outfits likely believe there was only anecdotal examples of voter fraud.

Second, this isn’t the last election… at least I hope it isn’t. There are elections scheduled for this year, many more in 2022, and of course the next presidential election in 2024. We need to keep the pressure up to force accountability and changes to a broken election system. Unfortunately, Democrats who now control the House, Senate, and White House want changes in the other direction. They want ubiquitous mail-in balloting, voters as young as 16, new states added to the union, and voting rights given to everyone from current felons to illegal aliens. They want the cheating to continue, and only a handful of media outlets are doing what’s necessary to prevent it.

Lastly and most importantly, we need to cover it because it’s the truth. A story broken by The Gateway Pundit this week showed new evidence of massive voter fraud in Detroit. Very few “conservative” outlets touched the story despite it being a clear bombshell. We’re quickly becoming a post-truth society and the only possible way to stop or slow its emergence is by promoting the truth. We NEED Americans to be aware and right now very few are doing it.

We do. The Gateway Pundit does. Some that do are The Liberty Daily, 100 Percent Fed Up, Natural News, WND, Conservative Playlist, The Epoch Times, and a handful of others. That’s it. Most in “conservative” media have not only abandoned discussing this type of news but are actively suppressing it, just like their counterparts on the left. As I mentioned before, some have made the shift in recent weeks while others quashed such stories shortly after the election. Why is this?

Just as there are three reasons we need to cover it, there are three important reasons why “conservative” news outlets refuse to cover it. The first is one that is popularly mentioned by many as the biggest reason. It’s not. It’s a reason to be sure, but even though it’s obvious it’s only a small fraction of the motivation to move on so quickly. The popular narrative is that being part of the opposition ideology is more profitable. It really is. We make more money and get more visitors when we’re ranting about what Joe Biden and the Democrats are doing. Knowing this, NOQ Report still refuses to move on when there’s still plenty of truth to tell.

The second reason is because many who played along with the MAGA narrative the last four years were actually closet NeverTrumpers. A lot of the NeverTrump crowd learned quickly the only way to continue in conservative media was to embrace President Trump’s agenda. Most played along. Those who didn’t were harmed by it to the point that some of those journalists were booted and entire publications no longer exist. The moment he “lost,” these journalists and publications went back to their Republican Establishment talking points. That’s where they’re most comfortable. They no longer have to pretend to be Trump-supporters.

But there’s one big reason so many “conservative” sites have abandoned MAGA, suppressed voter fraud stories, and moved on from President Trump. They’re scared. They won’t admit it openly, but they fear the losses that will come if Google, Facebook, Twitter, and other self-appointed “arbiters of truth” cancel them. So many “conservative” sites are beholden to these and other Big Tech progressive companies, and while they may post some criticism every once in a while, the reality is they cannot imagine their sites’ surviving if they got cut off from the Big Tech teat.

Talking about voter fraud will get a site blacklisted by Big Tech faster than denying climate change, promoting Hydroxychloroquine (oh, wait, that’s acceptable now), or saying the name “Eric Ciaramella.” NOQ Report has been canceled on several platforms for reporting on these and other topics and we will continue to do so because truth should have no boundaries determined by fear.

All of these things hurt. They hold us back. But we will not pander to Big Tech out of fear of cancelation. The truth must rise even if pushing it forward means losing Alexa rankings. I discuss all of this more thoroughly in the latest episode of NOQ Report. As a bonus and perhaps as a way to get us banned more quickly, I included a video that details the data surrounding voter fraud. It’s a wonderful piece that really lays out the facts. I encourage everyone to share it, even if you only have people listen to that part.

The biggest story of this generation is being suppressed, and not just by the left. Most “conservative” sites are now pretending like the election was fair and square. But the truth still needs to get out there, censors be damned.