The minimum wage hike is more than a job-killer. It’s a nation killer.

If you thought the report that a minimum wage hike would cost 1.4 million jobs was bad, consider the other effects that will fundamentally change this nation. We are heading towards Marxism if this becomes a reality. 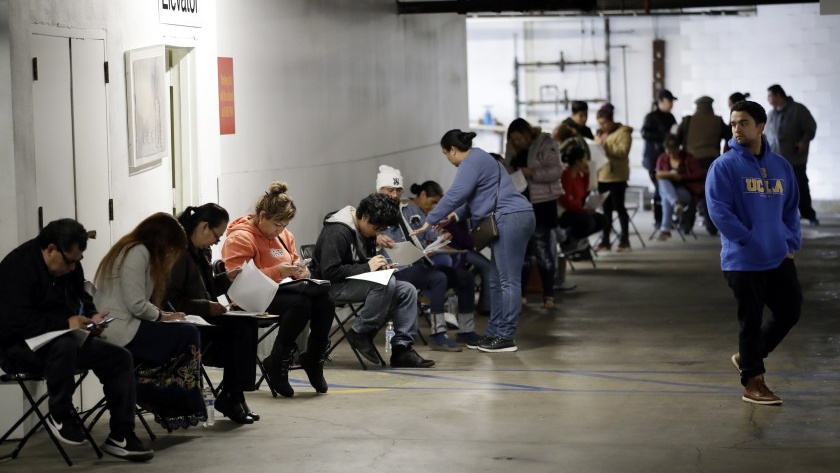 Joe Biden, Bernie Sanders, and their merry band of Democratic Socialists want to raise the national minimum wage to $15 per hours. Considering it is in the process of failing in cities with high costs of living like Seattle and New York City, the effects of a nationalized version will be devastating to middle America. Knowing this—and they certainly do know it to be true—why would they be willing to kill off millions of jobs?

Most would say it’s for political expediency as they pander to the ignorant but passionate radical progressive base. But that’s just a side benefit. They understand that to achieve their real goals, they NEED to destroy the foundation of the economy and send millions of Americans into destitution. I’ll explain why in a minute, but let’s get some background first from Free Beacon:

President Joe Biden’s plan to raise the federal minimum wage to $15 would hike the nation’s deficit by tens of billions of dollars and kill over a million jobs, according to a Congressional Budget Office report.

The nonpartisan agency’s analysis concluded Monday that a $15 minimum wage would reduce the nation’s workforce by 1.4 million—half a million more than the number it would raise out of poverty. It would also increase the cumulative federal budget deficit by $54 billion over the next 10 years, with interest-rate bumps and inflation adding another $16 billion.

Promoted by President Biden and introduced as a bill by Sen. Bernie Sanders (I., Vt.), the measure is one of several proposals Democrats hope to tuck into their $1.9 trillion coronavirus relief legislation.

Democrats approved a $1.9 trillion budget resolution Friday, skirting a 60-vote threshold in the narrowly divided Senate through a process known as reconciliation. The resolution now heads to congressional committees, which will debate such hot-button proposals as a $15 minimum wage and $1,400 direct relief payments.

The 1.4 million jobs projected by the OMB is likely low. The “nonpartisan” group has been notoriously bad at predicting anything. But if we look more closely at the other effects of a minimum wage hike, that’s where it becomes a clearly existential threat.

There’s an evolution that happens to businesses based on progress, both technological and societal. The carriage industry didn’t fail. It was replaced by the automotive industry. Currently, we’re seeing an evolution in many industries as automation and technological replacements for workers are becoming more prevalent. Many fast food restaurants are reducing their workforce by incorporating ordering kiosks, for example. But Biden’s minimum wage hike will accelerate the evolution unnaturally. As I noted in the latest episode of Conservative News Briefs, it will be like watching industries walking carefully down the stairs representing the evolution of their business models, only to be shoved down those stairs by the minimum wage hike.

Businesses will fail. Entire industries will collapse. The poverty that comes from losing so many jobs will vastly supersede the number of people who are “lifted” out of poverty through government mandates. It will expand the dependency on Big Government, and that’s the point. Democrats aren’t wanting to destroy jobs out of ignorance. They’re wanting to destroy jobs to put more people into their welfare state.