There are multiple options for President Trump to expose voter fraud, protect himself against impeachment conviction, and get the truth to the people. We've discussed a writ of quo warranto in-depth. Now, we look at a declaratory judgment action. 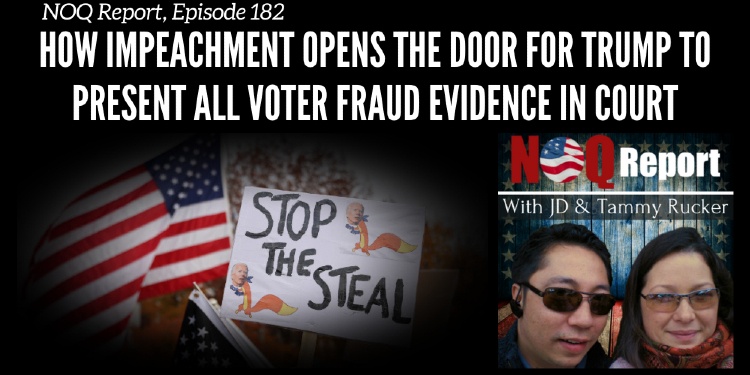 With the fraudulent 2020 election having been made official eight days ago, the vast majority of Trump-supporters believe there is no recourse. This is not true. The President and his team have a few different options. They’re all longshots as far as returning him to his rightful place in the Oval Office, but they can be used to get the evidence out to the people, evidence of voter fraud that has been suppressed.

If the Senate impeachment trial moves forward, these actions would also give him the opportunity to defend himself in ways the Senate itself will not present. We’ve discussed in-depth how a writ of quo warranto may be his best course of action. We will continue to explore this option until it’s no longer on the table or until it’s actually initiated. But there’s another course of action, a declaratory judgment action, that the President and his team can perform.

In an article meant to position a declaratory judgment action as superior to a writ of quo warranto, Mario Apuzzo, Esq. at ThePostEmail explained why he believes the former is the way to go. After reviewing the article and others, I’m convinced that there’s nothing prohibiting the President from pursuing both courses of action. He should. At this point, we need every legal option in play. They are not mutually exclusive, so why not pursue both?

In the latest episode of NOQ Report, we took a deep dive into this course of action. We also had a wonderful interview with Stephen Willeford, the hero who became known across America as the “good guy with a gun.” He intervened in a deadly mass shooting incident on November 5th, 2017 that took place at the First Baptist Church in Sutherland Springs TX.

The corruption that plagues this country is manifesting in multiple ways. It isn’t just voter fraud or the GameStop fiasco. From every angle, the elites are cracking down on freedom. We need to take back this nation, and it starts here.