We made it through the first partial day of a Biden-Harris administration and most of us survived. The Constitution is already under attack and emotions are still running high, but we remain hopeful that the "resistance" against the Democrats will be much more organized, lawful, and effective than the leftist counterparts attempted to do to President Trump. 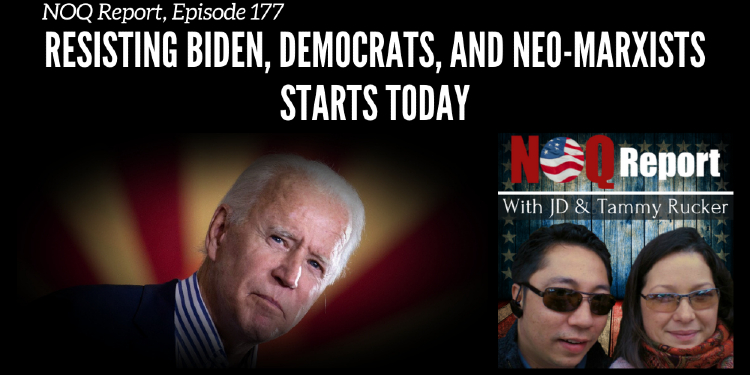 Yesterday, we introduced the concept of using a “Writ of Quo Warranto” as a final a potentially definitive play against Joe Biden. We remain hopeful but we do not want to give anyone false hope. If it happens, it happens. Perhaps it’s already happening now. Perhaps the Trump team looked at it and decided against it. Or, perhaps they simply don’t know about it. Outside of sharing the concept with others, especially those who can act on it, we should move forward with an assumption that Joe Biden will be president for a while.

Hope for the best, plan for the worst. That plan means establishing the “resistance.” The left had their version for four years with limited success. Sure, they thought they were being successful with their false reports, Antifa riots, Russian hoaxes, leaks, and whatever else they did to subvert the Trump administration, but at the end of the day they failed. Without COVID-19 and massive voter fraud, President Trump would have been reelected in a landslide.

In today’s episode of NOQ Report, we went over this and continued on to discuss the reasons we should engage in a very different type of resistance. As noted on “based underground,” we must be smarter than they were in their four years of failure:

Sharing the truth, as noted in the article above, is a good place to start. But let’s face it. We had the truth on our side regarding voter fraud and we were unable to get that truth to stick. Judges wouldn’t hear the evidence. Mainstream media ignored it. Big Tech suppressed it. Democrats and their crony Establishment Republicans spoke out against the evidence. The truth was demolished. It was a bloodbath.

So while we should definitely get the truth out there, we need to take advantage of more aggressive and proactive moves as part of our resistance to Joe Biden and the Democrats. First and foremost, we must organize locally. The Tea Party did this very well, but it did enough other things poorly enough that they never took full advantage over mobilizing the masses in person. With COVID-19 protocols still in place, it will be even harder to get together in person, but it must be done.

Then, there’s the need to get more people to not only pay attention to their local, city, and state politicians, but to potentially run themselves. We all know someone who would make a great leader. Unfortunately, many who have the integrity and smarts to do well in government choose to do something more productive in the real world.

I discussed the emergence from hiatus for the American Conservative Movement. Lastly the reality that as conservatives, we are about to be persecuted more and more in America must be understood. People need to plan for what lies ahead. If that means making changes now, so be it.

We should not mimic the left’s version of “The Resistance.” It failed. Without COVID-19 and massive fraud, their efforts would have been wasted. We need our resistance to Joe Biden and Democrats to be much more effective.