While hope is still in the air that a miracle will drop before time is up, it's prudent to consider how conservatives should move forward on January 21st and beyond regardless of who is in the Oval Office. 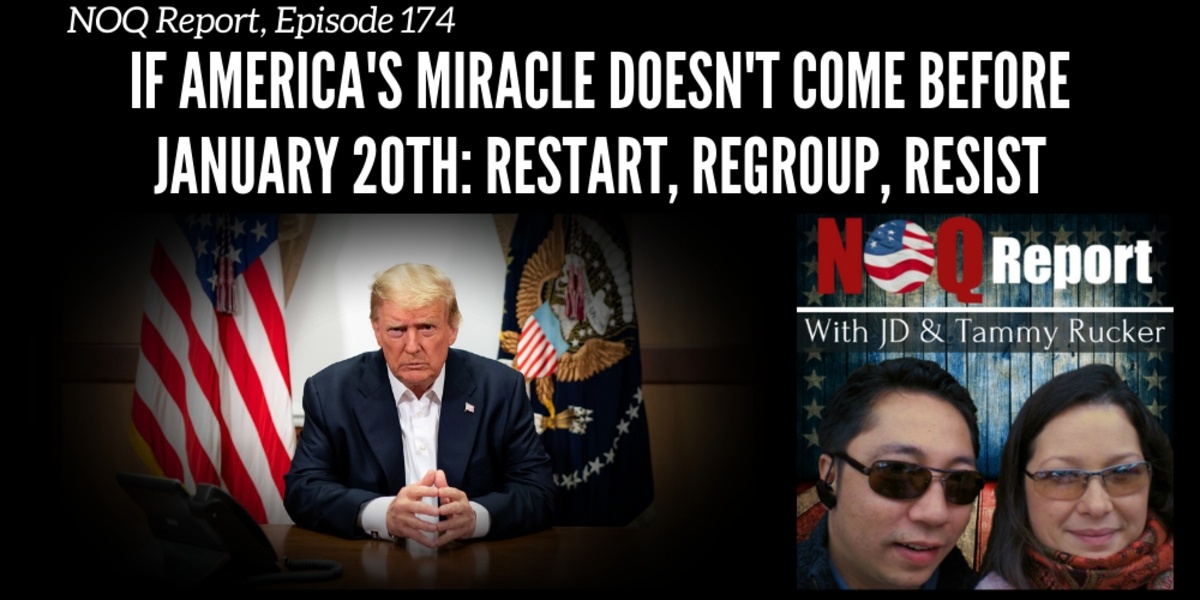 It’s no secret that I’ve been more hopeful than most Trump supporters when it comes to his chances of winning the election and continuing into his second term. I was very confident he would win until recently and have replaced my 90% certainty with a 50/50 chance. At this late stage, it will take a miracle from God. Since we do not know God’s will, the only logical assessment for believers is that He may or He may not correct the results in time. It’s His plan, His choice.

Some have said that it’s too late, even for a miracle. We have six days left, and Genesis tells us God is capable of doing a whole lot in six days. I have no doubt that He can. I just don’t know if He will. But the story of Gideon that I’ve been talking about for over a month leads me to believe that if He does grant us our miracle, it will be at this late stage so nobody will doubt that it was God who delivered us.

If it’s to be a Biden-Harris administration on January 21st, then we must be ready to act. It’s going to get bad before it gets better and it may never get better at all. I was not among those who thought Barack Obama was an existential threat. He was a precursor to the existential threat as he laid the groundwork for Cultural Marxism and identity politics to be the prevailing considerations for his party. He pushed pre-socialism, something I knew conservatives could overcome with the right people in DC.

A Biden-Harris administration is different. It IS an existential threat in following the foundation that President Obama built. Now, the Democratic Socialists will be in charge and that’s worrisome. We must act accordingly.

Over the past couple of weeks I’ve received many emails, DMs, and texts asking what we’re supposed to do if Biden is installed as president. The answer comes down to the three “R’s”: Restart, regroup, and resist, and I discussed it all in detail in the latest episode of NOQ Report.

“The purge” that happened last week on Twitter and Facebook, as well as cancelations of many conservatives on other Big Tech services like Amazon, PayPal, and Google, have many of us scrambling. We fell into the trap of being reliant on platforms that hate us. Now, many are leaving and rightly so. But it’s important to make sure that we restart properly. For me, that means staying on the bad social networks to promote the good ones.

This is a battle for hearts and minds, but more importantly it’s a battle for lines of communication. We need to look closely at and start building our networks on freer-speech social sites like Parler (if they come back), Gab, MeWe, Rumble, Minds, Codias, Locals, and Clouthub, to name a few.

Building our networks back up is going to be important, but we’ve also learned an old lesson that never should have been lost. We became so dependent on digital communities that many of us (myself included) stopped participating in real-world gatherings. COVID-19 obviously has a lot to do with it, but we need to start having meetings in-person or even via Zoom (yes, even though it’s a CCP company) with other conservatives in our areas.

But regrouping digitally is also a challenge that must be tackled. It’s one thing to create a Gab account. It’s another to get reconnected with our friends and followers on Twitter and Facebook whether we’re leaving eventually or if we’ve already left. It’s a worthwhile effort, though, as communication is the key to coordination and coordination is going to be necessary going forward.

It’s unfortunate that the “Resistance” is associated with the anti-Trump groups that have been fighting our President for the last four years. We are now the resistance, at least we will be if Biden is inaugurated.

But here’s the thing. We must become the resistance even if President Trump is miraculously reelected. We won’t resist him, of course, but the GOP has exposed itself as being the feckless, treacherous swamp organization that it always has been. It seems there are as many if not more swampy Republicans than actual decent ones. There are very few on Capitol Hill who we should consider to be “good.”

We must resist the Republican Establishment as much if not more so than we do the Democrats.

Neo-Marxism is on the horizon. And as bad as that is for our nation, it’s only the first step towards their ultimate goal. If they can push their Neo-Marxist agenda forward, it will lead to globalism and Modern Monetary Theory which will put the United States in a horrible situation.

But it gets worse. The Great Reset is real and already starting to happen. It’s happening here in the United States, according to John Kerry. Just as they called on nations to start “building back better” before the Biden campaign embraced the catchphrase, they’re telegraphing their moves to keep their plans moving full speed ahead.

This all comes down to one thing: an attack on our religious freedoms. That has always been the adversary’s highest goal, to destroy faith by limiting it. Across the globe, it’s dangerous to proclaim Jesus Christ as Lord and Savior. In America, religious persecution is in its early stages compared to places like China, Iran, and North Korea, but they can accelerate their attacks quickly. And they will if we don’t stop them.

This isn’t the time to fret. It’s a time for action. It’s a time for reflection and establishing a stronger plan. We’ve seen the enemy over the last three months and they’re more organized than we are. That has to change or we’re not going to make it.

We need help. I don’t want to say “desperately,” but the need is definitely great. If you have the means, please donate through our GivingFuel page or via PayPal. Your generosity is what keeps these sites running and allows us to get the truth to the masses. We’ve had great success in growing but we know we can do more with your assistance.