Politics vs Faith: Which will drive Mike Pence’s actions on January 6th?

This comes down to a simple question. Does Vice President Mike Pence have the determination, willpower, and guts to act on his conscience or will he make the politically expedient move? 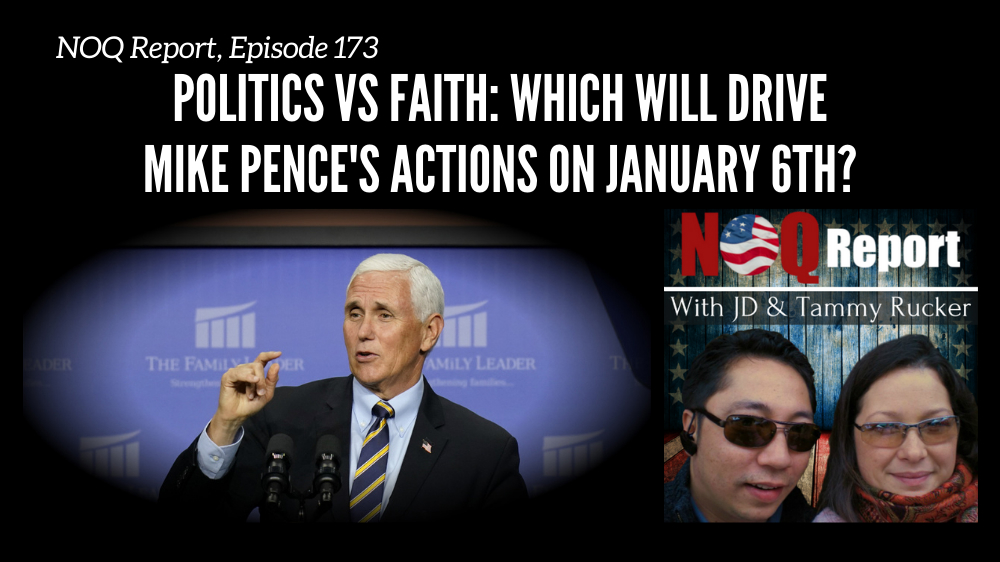 The eyes of the nation (well, those who are still aware of what’s going on, at least) will be on Vice President Mike Pence between now and January 6th. On that day, he will not be acting as Vice President of the United States but will be wearing his other political hat as President of the Senate. As presiding officer overseeing a joint session of Congress, he is being called on by patriots to do the right thing and correct the fraud-plagued election we just witnessed.

He has that power. Some question whether or not he does, but the ambiguity of the Constitution has already been tested. As we noted in an article yesterday, there has already been a precedent set during the 1960 election where then-Vice President Richard Nixon selected the alternate electors from the state of Hawaii instead of the certified electors. And when he did so, there were no objections or challenges. At that point, Nixon demonstrated that the President of the Senate does, indeed, have the power to select alternate electors.

There are seven states that have sent alternate electors as Republicans in those states have declared they believe the election results were fraudulent. We have seen ample evidence that this is almost certainly the case as the masses who lawfully selected President Trump to win reelection have been usurped by a nefarious group who have changed the outcome in former Vice President Joe Biden’s favor.

Now, we wait to see if Pence is ruled by politics or faith. If it’s politics, it’s unlikely that he’ll do anything other than accept the false results. It is politically expedient for him to not rock the boat and to follow suit of so many feckless Republican representatives, including Senate Majority Leader Mitch McConnell. Their weakness has been contagious as more representatives and members of conservative media have thrown in the towel and denied voter fraud. The evidence is clear, but the forces attempting to suppress that evidence have been relentless and effective.

If Pence is driven by faith, as he often indicates, then there is no way he can righteously accept the fraudulent election without a fight. The Bible notes on numerous occasions that lies are abominations. All men are liars, but that doesn’t mean we do not strive towards honesty at every turn. If Mike Pence believes in this Biblical principle, he must challenge the election and only accept the electors who have been slated for President Trump.

In the latest episode of the NOQ Report, I dove deeper into this and answered a few questions, including the all-important one: Does Mike Pence even have that power? As I alluded to previously, he seems to have precedent behind him, but it’s more than that. If he chooses to go with the alternate electors, it will be heavily challenged. In fact, it may be futile as the challenges will reach the Supreme Court and they are likely to reverse them. Nevertheless, it’s an important step because it allows more time for the “MOAB“—the Mother Of All Bombshells—to finally emerge as I have hoped for and prayed about for weeks.

A faithful man cannot support the deception-driven results of this fraudulent election. Is Vice President Pence a truly faithful man, or will political expediency rule his actions on January 6th? The nation hangs in the balance.