The tools applied by the founding fathers are there to fight enemies of the nation. With the nation under attack from enemies within and without, now's not the time to be complacent. 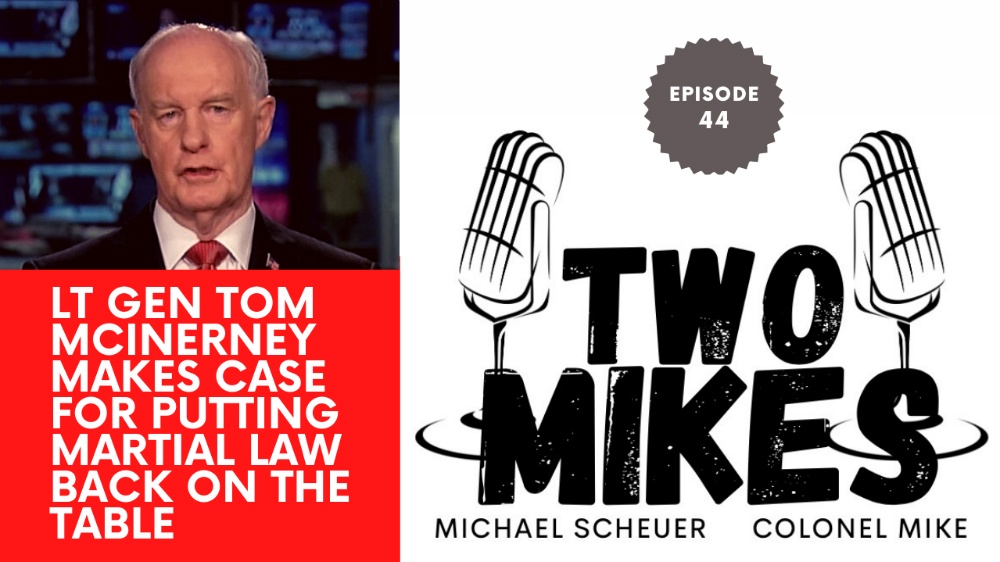 Today, The Two Mikes again had the honor of hosting Lt. General Thomas McInerney (USAF, Ret’d) for an update on the insurrection now being endured by the American people.

The General briefly recapped what has happened to the republic since Election Day, and one again underscored how deeply threatened the republic’s survival is today. The idea of martial law must still be in play in the president’s planning, as must the possibility of declaring an insurrection. Overall our discussion brought forth the following four conclusions:

Those who resist arrest will be handled appropriately.