Senator-Elect Kelly Townsend and 28 other Republican legislators have already made their voices heard. Will others join in before it's too late? 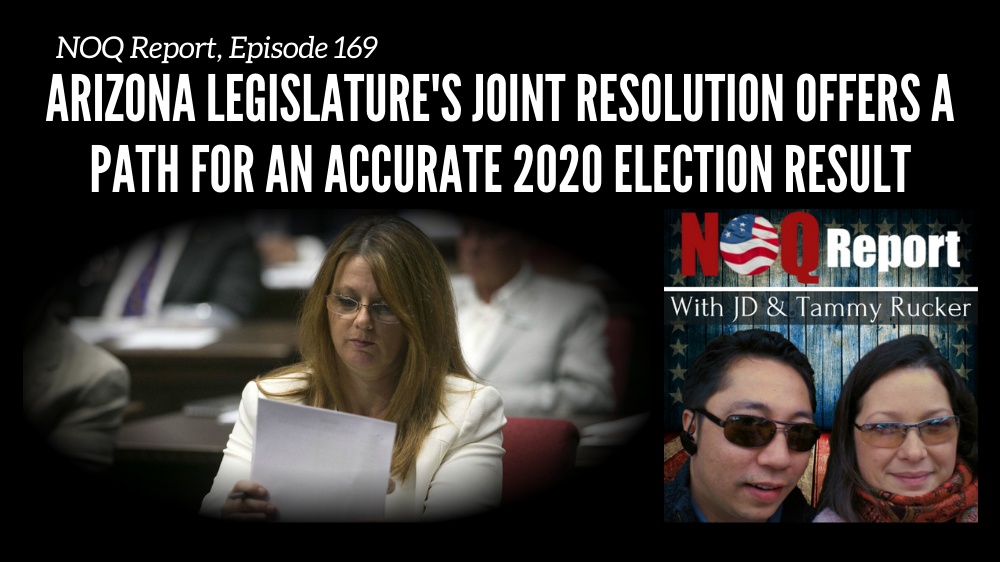 In 1960, two slates of electors were chosen. One was for the apparent winner of the state, Richard Nixon. The alternate elector slate was for John F. Kennedy. When the dust settled after legal battles and a contentious recount, it was the alternate electors who ultimately were selected to bring their votes before Congress.

With seven states sending alternate elector slates this year, we may see a similar situation unfold. To do that, state legislators need to act. 28 of Arizona’s legislators, led by current Congresswoman and Senator-Elect Kelly Townsend, have signed a joint resolution calling on Congress to accept the Trump-Pence slate of electors instead of the Biden-Harris slate.

FOR IMMEDIATE RELEASE:
Today, 22 Legislators and 8 Legislators-Elect sign joint resolution calling on Congress to accept the alternative slate of electors and abstain from accepting the Biden electoral votes until investigations are completed. 1/2 pic.twitter.com/R6VQdm0GgD

I had the pleasure of interviewing Townsend during the latest episode of NOQ Report and her actions are provocative. She and her fellow patriots are working towards securing more signatures so that a legislative session can be called to make it official. Some say they will need half of the legislators in the Republican-majority bodies AND Governor Doug Ducey to call the session before November 6th. Others point out (rightly, in my opinion) that the U.S. Constitution trumps the state constitution and therefore they do not need to requisite 2/3rds vote to call themselves into session without the Governor’s assistance. This is, after all, a federal matter.

Townsend was very clear that her goal is not necessarily to “overturn” the election for President Trump. Instead, she is simply seeking the truth. Most conservatives believe that the truth is President Trump won the state handily and only through massive cheating were Democrats able to take the lead at the last minute in the state. The legislature has already subpoenaed Dominion Voting System’s hardware for forensic inspection to determine if foul play was, indeed, happening on and shortly after Election Day.

If Arizona is able to secure the righteous results, it could tip the first domino for other states to follow suit. We are hopeful and prayerful that they are successful and the corrected, accurate results of the election will come out in time.