The church is a den of robbers 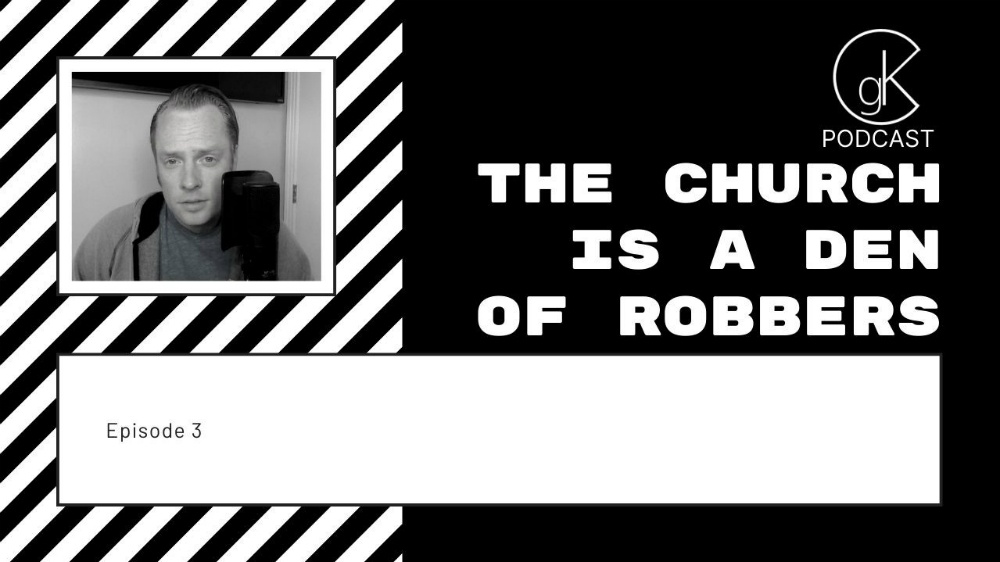 During Jesus’ earthly ministry, He spent much of His time exposing the Religious Elite of His day… very similarly to how President Donald Trump is exposing the Deep State of his day. In Matthew 21, we see Jesus confront the hypocrisy of the religious leaders who were literally profiting off of the Jewish people coming to offer sacrifices to their God. The parallels between then and now are uncanny.

We see the church today is nothing more than an industry, with songwriters earning money every time their song is sung in church, pastors focusing on building megachurches and triple dipping financially from the sermons they are paid to prepare, and then the elitist conference circuit which is a big money maker. It’s time that we realize that we’ve turned our churches into the very thing that Jesus condemned the Jewish religious leaders of his day of doing with their temple… turning it into a Den of Robbers!

The GateKeepers Podcast is broadcast LIVE for members of our Plugged In membership Program. To watch the livestream and participate in the conversation through your comments and questions, consider getting Plugged In. If you are a pastor, student, in the military or a veteran or a service member, you can join at half-price.