Few people have been more on top of what's going on with voter fraud the Lt. General Tom McInerney. His advice to the President and calls for drastic action should be strongly considered. 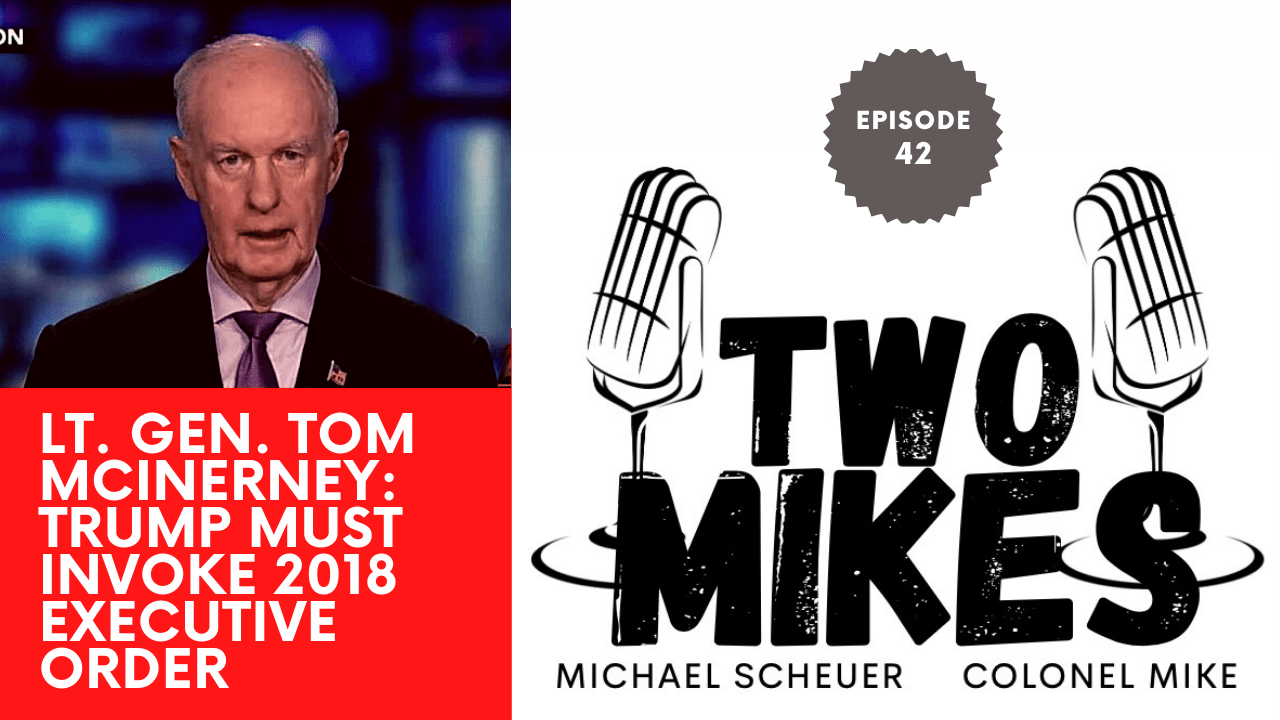 Today, the Two Mikes again had the honor of hosting Lt. General Thomas McInerny for a discussion about where President Trump stands in his effort to be certified the winner of the election he obviously won. The General noted that the President has done his best—throughout his term—to do everything in accordance with the U.S. Constitution, and that he deserves credit for that.

He added, and was supported by the Mikes on this, that time was running short and that the evidence of widespread treason committed by Democrats since 2015 fully justifies the president to declare a state of insurrection and to ferociously apply his 2018 Executive Order against the large number of Democrats who rigged the 2020 election with the support of a foreign power named China.

Each of us speculated that the President probably would still have to declare martial law in order to deal with the violence that the Democrats’ terrorist groups—Antifa, BLM, and BAMN ( by all means necessary)—will be ordered by the party leaders to unleash against Americans and their property.

Few people have been more on top of what’s going on with voter fraud the Lt. General Tom McInerney. His advice to the President and calls for drastic action should be strongly considered.