What happens when you combine gaslighting with begging the question? You get the ludicrous framing by Democrats and mainstream media that somehow President Trump and his allies are trying to "overturn" an election that is righteously being challenged. 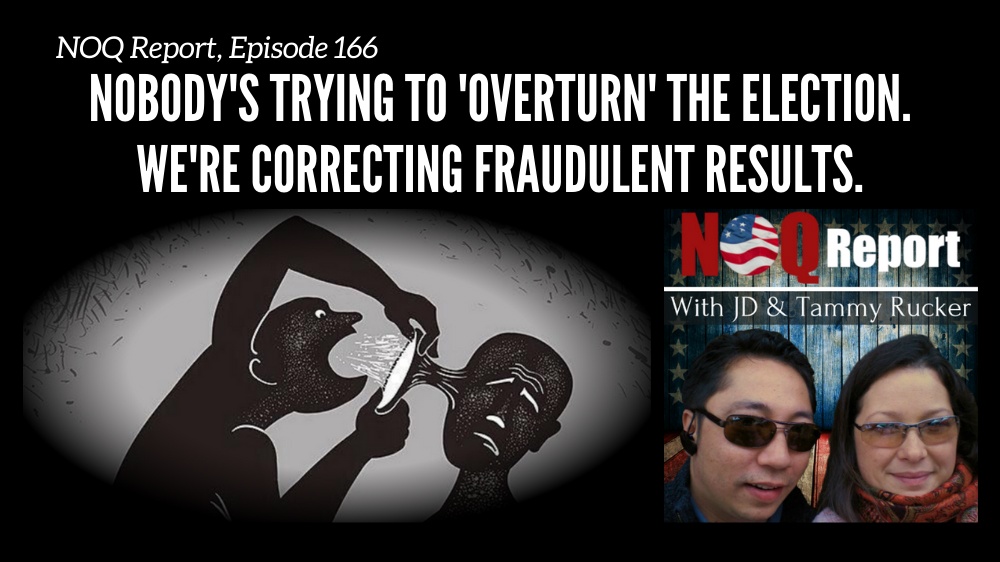 The memo came down from the prince of darkness that everyone in media, Big Tech, and the Democratic Party are supposed to frame challenges to election results as attempts to “overturn” the election. This is ludicrous and disingenuous, especially when we consider the likelihood that this election was plagued by rampant voter fraud on a massive scale.

There’s a reason they’re using that word. “Overturned” is, in its very nature, a violent and often unwanted action. A car can get “overturned” in an accident. But it’s also an important word because it insinuates the election results are already determined and the perceived winner, former Vice President Joe Biden, has his name already etched onto a plaque in the Oval Office.

They’re also using a logical fallacy called “begging the question.” They’re taking the conclusion of their argument, that Joe Biden won the election, and using it as evidence to try to prove their point. It’s sort of like circular reasoning, but with a slight detour around the mountains of evidence that point to their conclusion and premise both being wrong.

In the latest episode of the NOQ Report, JD examines these topics and explains why we need to change the narrative framing from “overturn” to “correcting.” But he wasn’t all cheery about everything that’s happening. In fact, he’s not confident that the Texas lawsuit will yield the result people are expecting. It may delay the selection of electors on December 14, but it will not in and of itself sway the selection otherwise. That delay, he notes, is still extremely important and a huge win for the Trump team if it happens because it will buy time for other lawsuits that have direct evidence of voter fraud to work their way into the Supreme Court.

He noted there’s one fatal flaw in the lawsuit, the fact that they are suing only states that didn’t go for President Trump. What they’re accusing the Wisconsin, Pennsylvania, Michigan, and Georgia of doing are the things that were also done in other states. The difference is that the results in the four defendant states were close and went to Biden.

Do not let the left dictate the narrative. They want us to use terms like “overturn” because it insinuates sinister intent. But our true goal is for the righteous and lawful results of the election to come to light, and that would be a Trump landslide.