Is the Texas lawsuit the silver bullet that will reverse the election results?

Many Trump supporters are putting their hopes in the Supreme Court case filed by Texas Attorney General Ken Paxton. Is that a good thing? Absolutely. 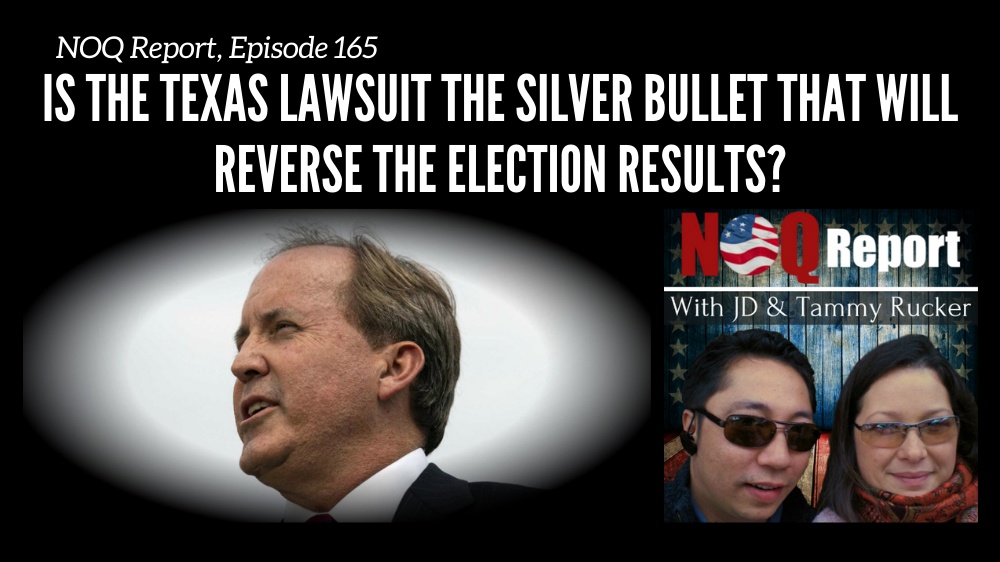 There have been changing attitudes on both sides of the political aisle ever since several states started jumping on the Texas lawsuit bandwagon. Trump supporters have seemed to be in higher spirits after a couple of weeks of feeling like this election was slipping away from them. Bidden supporters have become one of two things: Either more aggressive with their attacks or suddenly reserved and eerily quiet.

A friend noticed it on Reddit yesterday. He is generally apolitical came to me and asked, “Is this Texas thing real? I’m seeing concern on Reddit that I didn’t see until today.”

The social news site is generally left-leaning. Or, to be more specific, the r/politics subreddit is dominated by Democrats and radical progressives. And what my friend saw as enthusiastic celebration for weeks by leftists before had been replaced by signs of concern. The source of it, he said, wasn’t that Texas had filed a lawsuit but that several states had gotten behind it. That has the left on Reddit, who pride themselves for being more “thoughtful” than average Democrats, legitimately concerned.

Trump supporters can be hopeful and Biden supporters can be worried all day about the Texas lawsuit as far as I’m concerned. This SHOULD be getting the spotlight, not just because it has merits (the Pennsylvania lawsuit dismissed Tuesday had merits) but because it’s so widespread. And as long as it’s getting the spotlight, other lawsuits can proceed unimpeded. With fewer distractions for Rudy Giuliani, Jenna Ellis, Lin Wood, Sidney Powell, and binders full of other attorneys working to bring the proper election results to light, the Texas lawsuit should help them move forward.

There’s still the issue of whether or not the Supreme Court is willing to get involved. Most say they do not. I tend to agree. But as of the latest episode of NOQ Report, I counted 19 states involved. As Ted Noel noted in an article this morning:

“SCOTUS does not wish to solve political issues. If they rule that Trump won the election, that would be seen widely as a political decision. But if SCOTUS can rule in a way that remedies the legal injury but without directly deciding the election, it can plausibly be seen as calling balls and strikes, not deciding the final score. Texas points to this escape clause in 3 U.S. Code § 2.”

“Whenever any State has held an election for the purpose of choosing electors, and has failed to make a choice on the day prescribed by law, the electors may be appointed on a subsequent day in such a manner as the legislature of such State may direct.”

The Texas case has strong merits and takes pressure away from those working other cases. But most importantly, it has the backing of many other states, individuals, and organizations. As silver bullets go, this one is especially shiny.