There is only one path to victory for Joe Biden, and that's if President Trump concedes. Assuming he does not, there are four viable paths (technically five) through which President Trump is reelected. 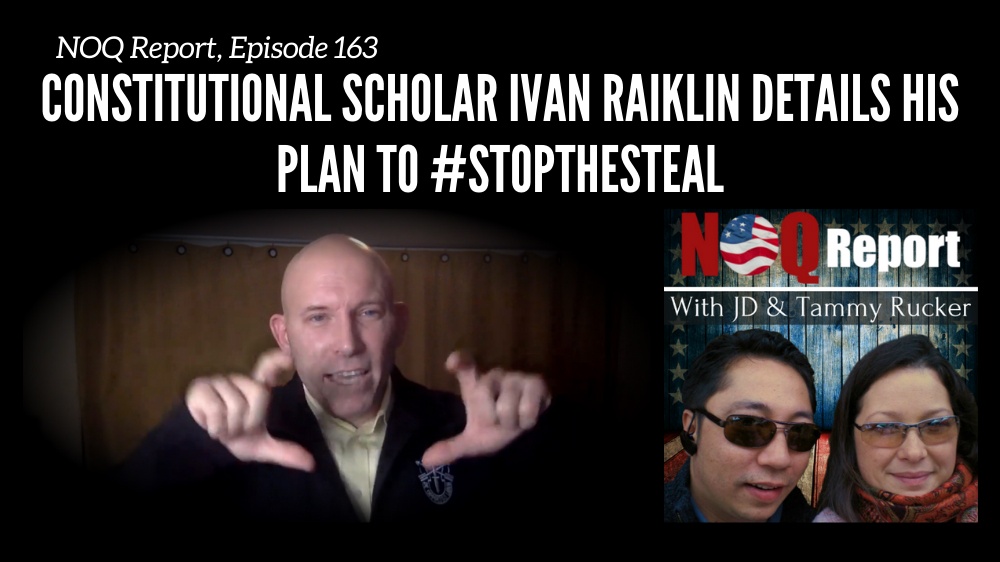 Widespread voter fraud has been discovered across the country, most prominently in the six “swing” states that are being called into question through lawsuits, hearings, and various analyses. Pennsylvania, Wisconsin, Nevada, Arizona, Georgia, and Michigan are all still up for grabs despite “certification” in these states. But certification of votes is not a requirement in the Constitution, as attorney and scholar Ivan Raiklin detailed in the latest episode of NOQ Report.

The Plan to #StopTheSteal

This plan involves everyone. Yes, that includes us, the patriots who are not listening to mainstream media and who are willing to think for ourselves. That’s the greatest fear of Democrats, media, and Big Tech—a populace willing to use critical thinking instead of bowing to the accepted narrative being propagated to the masses. When we think for ourselves, we see the irregularities are too rampant and the numbers do not add up.

Thousands of sworn affidavits by people who have nothing to gain and much to lose show us the mountains of evidence necessary to achieve a preponderance of evidence. That is how we win these civil suits in the Supreme Court. But this isn’t just about winning is the Supreme Court. We have avenues through a combination of state and federal legislators to set this election to its lawful conclusion, which is why it’s so important for everyday patriots to show their support for the duly reelected president. Those against us, both Democrats and some Republicans, can get away with their attempted coup if we do not let our representatives know they are duty-sworn to defend the Constitution.

One of the keys to a Trump victory is making sure the state legislatures do not continue to abdicate their sole power over electors. The Constitution is clear on this, and while some states have chosen to split this power among bureaucrats and others in the state executive branch, the U.S. Constitution is still supreme. Another important factor is how the various U.S. Senate and House of Representatives committees respond. Of particular importance is Senator Josh Hawley who is in two of the relevant committees. He may be the linchpin that brings all of this together in the end.

It’s an hour-and-a-half of must-listen information delivery, and even in that time we had to squeeze in what we could. But it’s imperative that patriots get this plan out to the right people. Will you stand up for our nation?

Here's the plan to #StopTheSteal with constitutional scholar @Raiklin. https://t.co/Iv1ZLaX6os

Could a Michigan judge be the match that lights an election fire?

What happens when you cannot trust the ‘fact-checkers’ to tell the truth?