The absurdity of American politics for the last five years

Wanton cruelty is always the defining and heartless characteristic of the Democratic Party, as it has been for all tyrants through history. 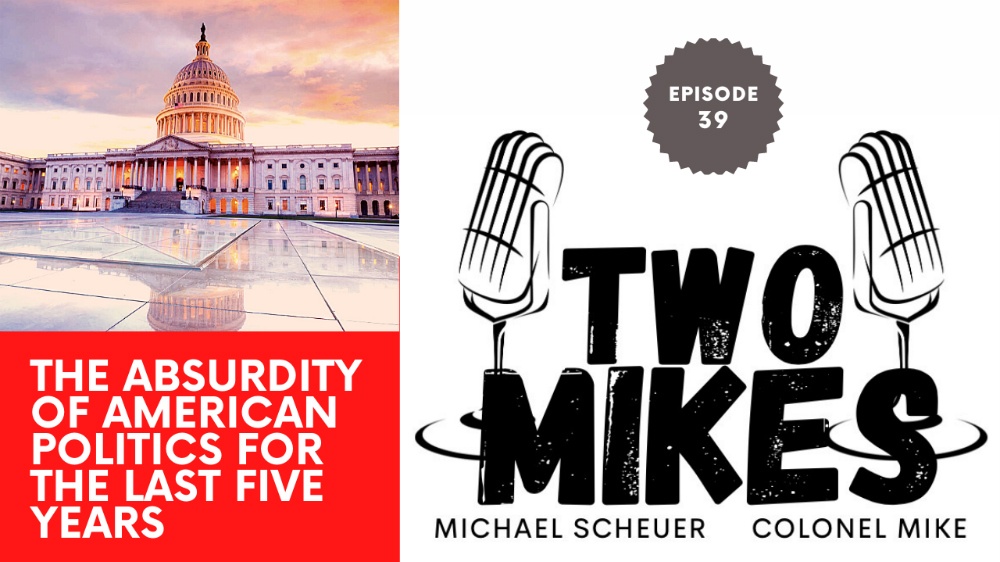 Today, the Two Mikes simply conversed about the absurdity of American politics for the last five years. The focus was on the moron who is identifying himself as “the president elect” and the wastes of skin who make up the vast majority of the Democratic Party leadership, its supporters, and the media.

We also discussed the madness of such polices as multiculturalism and diversity, noting that good government, good schooling, good groups of workers, and most other “goods” that make society move ahead for all citizens have nothing to do with a perfect mix of people from different races, cultures, or gender(s). Rather, it has to do with the quality of a person’s mind, the kind of parenting he or she received, the quality of education he or she experienced, and the self-discipline and strong sense of right and wrong that can only be achieved by an enduring exposure to religion, and, in America, especially Christianity.

A work force, a military, and a Congress formed from the dictates of diversity and multicultural policies gives America no inkling of an entity’s quality of mind, heart, and patriotism, it only gives them the number and kinds of people the policies dictated to be rounded up for a particular purpose. Finally, we had a short talk about what one word best describes the heard of the Democratic Party, and concluded that word is “cruelty”.

From slavery in the early republic; to the advocacy of Margaret Sanger’s plans to use abortion to exterminate Black Americans and other non-white groups; to a century of anti-Black segregation; to the plantations of poverty and ignorance staffed by Black Americans, Hispanics, and American Indians; to defining female power by the total number of murderous abortions conducted; to using the Chinese Virus to terrorize and isolate Americans and destroy the republic’s small-business-based economy, wanton cruelty is always the defining and heartless characteristic of the Democratic Party, as it has been for all tyrants through history.