If you watch the new Georgia video and you still don’t see voter fraud, you’re a fool

People normally see what they want to see. But they'd have to perform some optical cartwheels or intellectual gymnastics to avoid this particular bombshell. 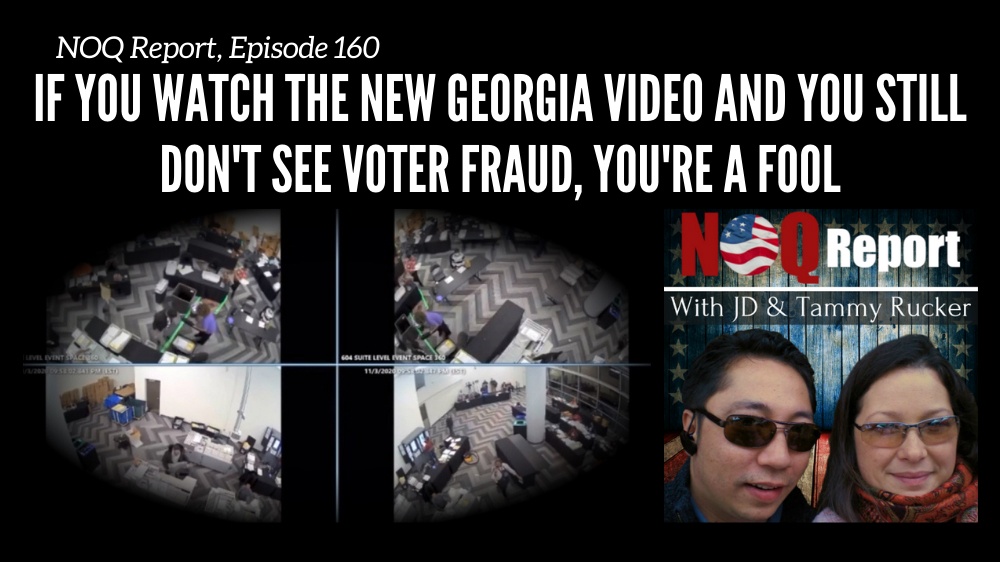 As we covered earlier today, new bombshell evidence of voter fraud in Georgia was presented today before the state legislature. It’s a video of blatant and willful election tally manipulation in which the election personnel lied to get rid of observers before bringing in and county thousands of fraudulent ballots, presumably for former Vice President Joe Biden.

This is the most direct evidence we’ve seen to date because it demonstrates an unambiguous violation of state laws and county ordinances. Moreover, it shows their intention to count as many ballots as were necessary to sway the election. They counted somewhere in the neighborhood of 25,000 ballots without observers from the Republican Party or the press. Biden allegedly won the state by around 12,500 votes.

For weeks, we’ve heard Democrats, mainstream media, Big Tech, and even a good number of Republicans chant, “Show us the evidence.” This is it. This is unmistakable. In the very best-case scenario for those involved, it demonstrates laws being broken. It seems highly likely this indicates the results of the election in Georgia and probably beyond must be called into question.

In today’s episode of NOQ Report, I was joined by Jeff Dornik to discuss this. We were, at times, insulting of those who still are unwilling to acknowledge voter fraud on a massive scale took place. Well, I did the insulting. Jeff is a bit nicer. Either way, those who do not see voter fraud after watching this video are gaslighting partisans willing to do whatever it takes to get rid of President Trump or they’re outright fools.

If Governor Brian Kemp and Secretary of State Brad Raffensperger are still unwilling to act after seeing this evidence, they are clearly part of the plot and must be investigated as members of the cabal attempting a coup.