Lt. Gen. Tom McInerney: ‘We cannot turn this government over to Biden’

Considering the mounting evidence against the Democrats demonstrating the widespread cheating they committed in the 2020 election, President Trump must defend the nation and the Constitution. 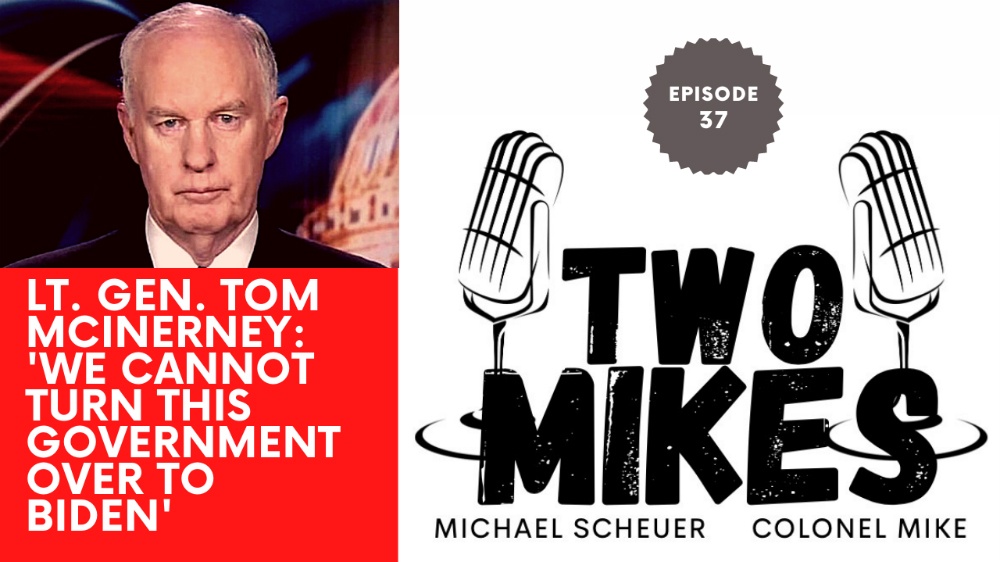 On this Friday after Thanksgiving, the Two Mikes again had the honor of hosting Lt. General Thomas McInerney for his update on the deepening threat posed to the republic’s survival by the Democrats and their Big Tech, Wall Street, media, Chinese, and Iranian allies to steal the 2020 election. General McInerney provided fresh data on the election fraud. He noted, for example, that in the case of Pennsylvania the state government sent out 1.7 million unrequested vote-by-mail ballots, and counted 2.5 million of that type of ballot on election night, which, even for a non-math wizards like The Two Mikes, amounts to 800,000 more ballots than were mailed out.

The general also made clear that the conversation that goes on over the Democrats’ perversion of the election must now be conducted in terms of the treason they committed, given that they deliberately betrayed their oaths of office and enlisted foreign governments to assist them in destroying the American republic.

On the basis of this information, and the enormous amounts of fresh data and sworn affidavits that are flowing into the president’s legal teams, Trump supporters must urge the President to stand by his oath of office to defend the nation and its Constitution against “all enemies foreign and domestic” – of which there appear to be multiple thousands – and refuse to hand over the power of the presidency and the national government to Biden and his gangster pals under any circumstances.

Finally, because Big Tech is in the final stages of wiping out conservative alternative media outlets, we urge the president to speak frequently and in detail to the American people and continue to tell them what is really going on. We also urge all of our listeners – and listeners to all other conservative outlets – to pray for the President and to share all interviews, news reports, and other programs that will help Trump’s supporters understand and prepare themselves for the struggle we are in, one which is likely to get worse before we eliminate the treasonous tide that is abroad in the republic.