Lt. Gen. Tom McInerney: ‘This is the start of a counter-offensive’ 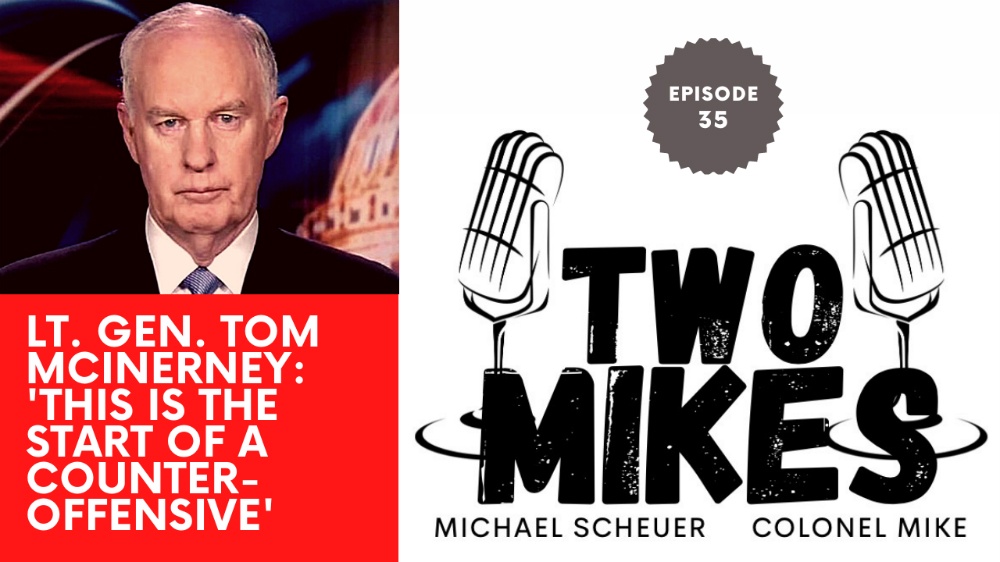 The Kraken was released. Two of them, actually, as Sidney Powell made public her lawsuits in Georgia and Michigan late yesterday. Things are starting to turn in President Trump’s favor.

The Two Mikes were honored to be able to host Lt. General Tom McInerney (Ret’d) on this Thanksgiving morning. General McInerney gave a concise and very specific update on the status of the Democrats’ attempt to steal the election from Trump and loyal Americans. He noted, in particular, that the evidence presented by Mr. Giuliani and his team on Wednesday, and the evidence contained in Sidney Powell’s filings on the same day is “nearly irrefutable”.

She noted in her Georgia lawsuit that 96,000 absentee ballots we not recorded and therefore must be thrown out. According to General McInerney, there was likely some involvement in all this by the Department of Defense whose “Kraken” surveillance system helped determine that “we have Chinese and Iranian involvement. Very, very startling.”

The General offered some very specific comments on how the Democrats arranged to have the exact same perversions of the vote occur at exactly the same time in six states. The General leaves the well-substantiated impression, that, while the battle is not over, the worm may be beginning to turn in the direction of president Trump and all American patriots.

In a separate filing by the Amistad Group, Wisconsin came into play. According to the General, “Wisconsin has identified 150,000 fraudulent votes, and they outline them by the numbers very accurately.”

Much of this is coming not just from the various teams of attorneys or law enforcement investigations, but from the people. General McInerney said, “There’s a ton of information coming, much of it through crowdsourcing. People like us.”

This was another fantastic interview of Lt. Gen. Tom McInerney. He understands what’s happening behind the scenes and puts it all together for us. The tide is turning. President Trump will be reelected when all is said and done.

Team Trump in Pennsylvania: ‘On to SCOTUS!’