The is ZERO evidence of a free and fair election

Here's a brief course on evidence, appeals, and why everything is working towards President Trump's reelection. 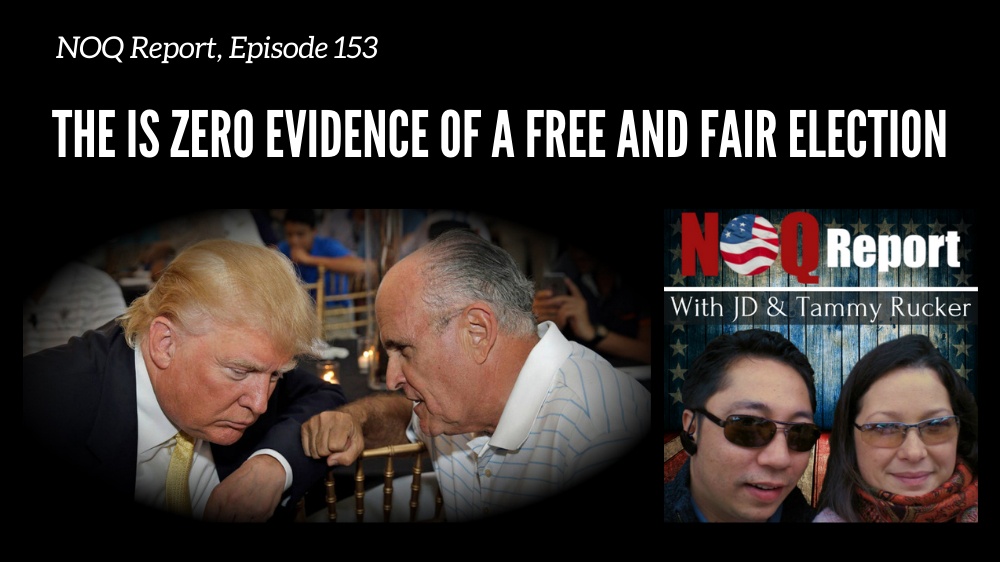 The burden of proof in a criminal case goes in one direction. The prosecution must prove beyond a reasonable doubt that the defendant is guilty. Otherwise, they are (usually) acquitted. But what the President’s team of lawyers are doing is a series of civil cases. That changes the rules from what most people see on an episode of “Law and Order.”

Let’s take a look at four key points to remember when hearing all of the “bad” news or negative comments on social media.

First and foremost, many are saying that it’s incumbent on the Trump team to prove election fraud. To some extent, this is true. But when validating vote totals and certifying results, it’s also incumbent on election boards, secretaries of state, and electors themselves to prove the votes were accurate whenever there are reasons to believe they were tainted. In 2020, there are tons of reasons to believe the votes were tainted.

By certifying election results, elected officials and bureaucrats are signing their names to the belief that nothing is awry. There are only two reasons governors, secretaries of states, legislators, or other election officials in the contested states would be willing to do this. Either they’re stupid for believing there’s nothing bad that happened and continues to happen in Georgia, Pennsylvania, Michigan, Wisconsin, Nevada, Arizona, and other states, or they’re rushing it through because they were involved. Would YOU sign your name to certify these results?

The second thing to keep in mind is that Team Trump does NOT have to demonstrate voter fraud “beyond a reasonable doubt.” Any time anyone proclaims this is necessary, tell them to stop watching “Law and Order.” Again, these are civil cases. Criminal cases require an abundance of evidence to breach the reasonable doubt threshold. Civil case winners are determined by a “preponderance of evidence.” In other words, whichever side shows more solid evidence that they’re correct is the winner in a civil case.

Third, we have time. The left is trying to tell everyone that we are out of time, that the President’s attorneys tried and failed, or that some artificial deadline like ballots being certified or election results being approved are somehow hard-stops for the cases. They’re not. In fact, the team has until the electors cast their votes in the Electoral College at the very least. They could even have until inauguration day. Granted, it will all go much smoother if they get the cases ruled by the Supreme Court before then, but it’s far from over. We have about two weeks of viable time left. Beyond that it definitely gets tricky.

Lastly, there are tons of people all over social media asking about the Department of Justice. “Where’s the FBI?” That’s understandable since it does appear that they’re doing nothing about this. But guess what. We don’t care. Not yet. After the President is reelected through these civil suits, THEN we can turn our attention to laying blame and making arrests. Until then, that’s secondary. It doesn’t make a difference in what’s happening now with the Trump team. All we need to care about is what happens in the civil suits. We can prod and question the DoJ after the primary mission is accomplished.

In the latest episode of NOQ Report, I dove into all of these and more. It’s an important podcast, if I do say so myself.

Things are moving along very nicely for the President. His attorneys are pushing the process forward at the right pace. Don’t get discouraged by mainstream or social media’s push to say, “He lost!” They’re just distracting from the truth.

The is ZERO evidence of a free and fair election https://t.co/gRTPy1MWvb