It's been an infuriating week, but there are also reasons to be hopeful, as Two Mikes talk about in their latest episode. 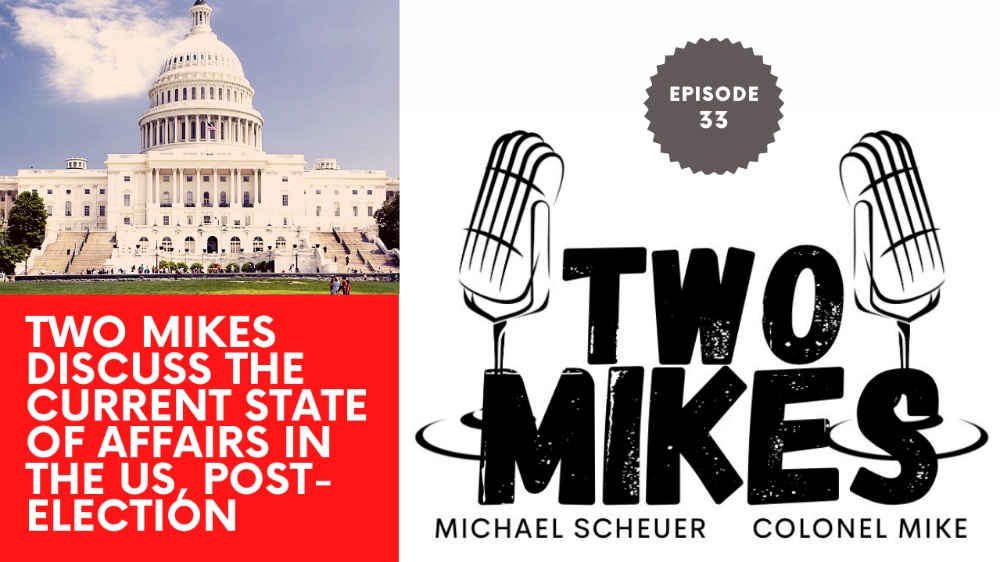 In today’s edition, the Two Mikes focuses on issues pertinent to the current precarious existence of the American republic, including Joe Biden’s plans to lockdown the country again—finishing off the Fauci-Birx campaign to sabotage the economy until it dies—and Biden’s decision to use a man named Dr. Ezekiel Rahm as a senior consultant on the Chinese Virus. Many people will recall that Rahm tried to create “Death Panels” under Obama Care to cut off medical aid to the elderly if they were deemed unable to contribute to society. Now, Rahm wants to use the vaccines Trump pushed to secure only with a limited number of Americans and give the rest to foreign countries. As always with Democrats, “foreigners first, Americans last … maybe.”

The discussions also covered the Democrats’ efforts to steal the November 3rd election, and their use of the Dominion voting machines. That company of course, is led by a former Pelosi lieutenant, funded by Senator’s Feinstein’s husband, and partly staffed with individuals from the several of the rancid tentacles of the Clinton Foundation.

Finally, the show covered the phenomena of why so many Jewish-Americans are anti-American; the murderous intent of the Democrats’ assertion that America needs “Truth and Reconciliation Commissions” like those used to destroy the South African economy, and kill the country’s white farmers; and the thick-headedness of the Democrats in not seeing that their 5-year torrent of ridicule, hate, and violence against Trump’s supporters will earn them a very rude, and perhaps lead-filled, response at some future point.

This episode of Two Mikes is a must-listen as it combines hope and disgust regarding the current state of affairs in America.

Democrats and RINOs in full Alinsky-mode