It's one of those blockbuster accusations that almost seem to crazy to believe. But we're seeing it happening right before our eyes in Michigan and Wisconsin. The President must act. 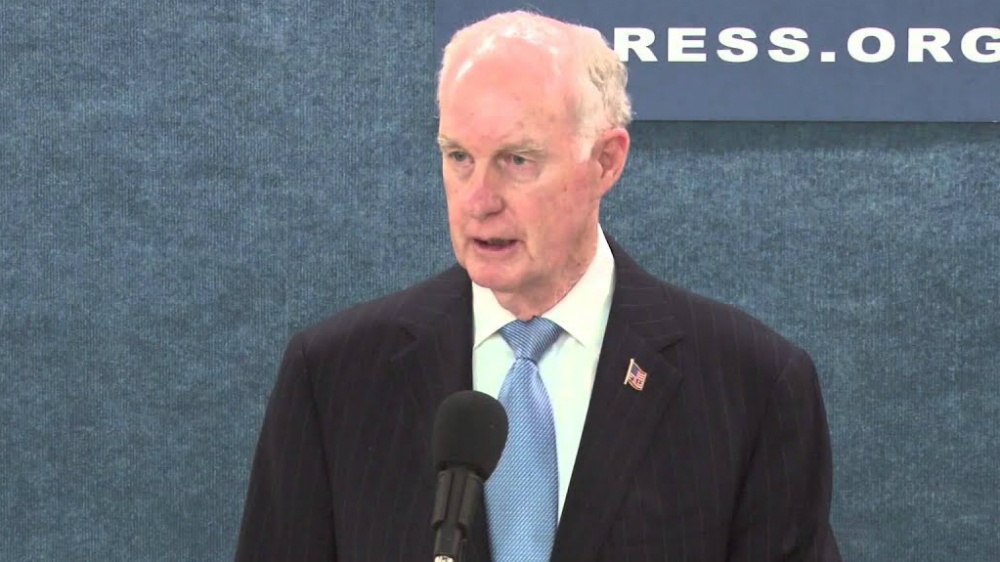 What’s happening with the election? As one might normally say, “it’s anyone’s guess.” Except, it isn’t. We have a very good idea of exactly what’s happening. The Democrats are either cheating or powers above them are cheating on their behalf. Either way, the election is in the process of being stolen if we’re to believe Lt. Gen. Thomas McInerney during his most recent interview with Two Mikes.

The General described “Hammer” and “Scorecard,” a pair of programs initially designed for the CIA before being privatized by Deep State players from the Obama administration. We explained how they work in an article last week, but the gist is this: “Hammer” or “THE HAMMER” is a counter-intelligence surveillance program used to spy on activities on protected networks (like voting machines) without detection while “Scorecard” is a vote-manipulation application that changes votes during transfer. It’s the least detectable form of election manipulation because it works during data transfer between voting stations and data storage hubs. Unless both sides are looking for irregularities, it’s impossible to catch. If nefarious forces had people on one side or the other (or both) during data transfer, it cannot be exposed.

The day before the election, General McInerney spoke to Two Mikes about the details surrounding “Scorecard” and called on the White House and the Trump campaign to take action before voting started.

What we’re seeing happening in Michigan and Wisconsin have all of the trademarks of a “Hammer” and “Scorecard” operation. As I noted earlier, the fix is in. The General talked today with Two Mikes once again to give an update and to call on the White House to act immediately before the election is fully stolen.

This is the type of blockbuster information the left and even many on the right refuse to report. We see with our own eyes how “Hammer” and “Scorecard” are being used in Wisconsin and Michigan. Will the President let it fly?

Prepper Meds – Protect yourself now AND if the crap hits the fan with these amazing products for your home:
✔️ Boost your immune system with Nutraceutical by Dr. Zev Zelenko
✔️ Beat supply chain issues and future pharmaceutical tyranny with 5 Antibiotics Delivered to Your Home
✔️ Be ready to help yourself and your family with the World’s Best Med Kit
The Biden economy has decimated wealth and retirement accounts and things will continue to get worse until at least after the 2024 election. It behooves patriots to acquire physical gold and silver or make the move to self-directed precious metals IRAs from America-First companies that do not donate to Democrats. Go to Our Gold Guy for the personal buying experience with Ira Bershatsky. Go to Genesis Gold Group, a Christian fellowship-driven precious metals company. Or go to GoldCo for peace of mind from a bigger company.

Fox News blew their election coverage. Was that by design?