James Bacon breaks down the problem with higher education in America

The latest episode of Two Mikes takes on higher education with the publisher of Bacon's Rebellion, James Bacon. 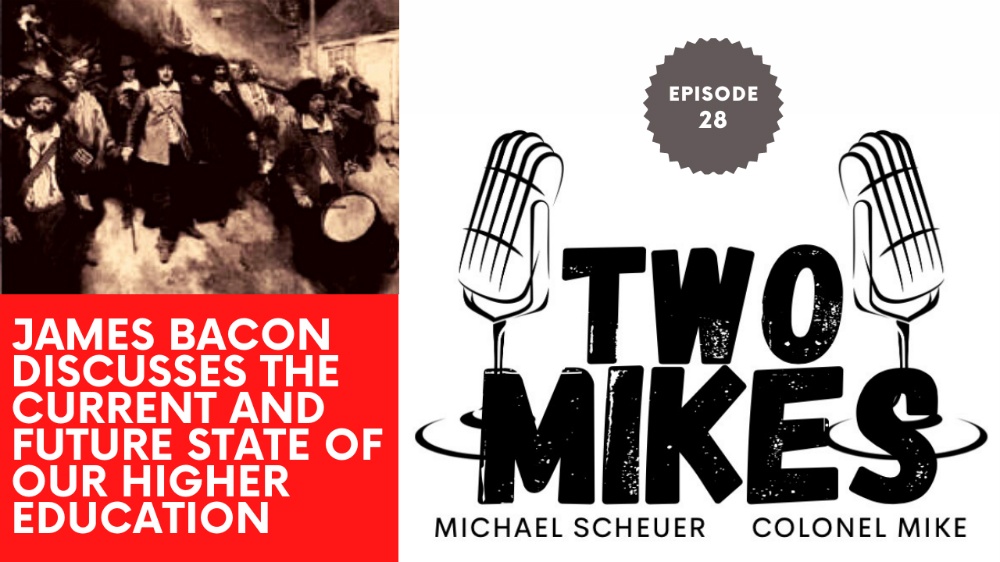 Virginia political sentiment is often viewed as a harbinger for how the southeast of the United States is going to move. This is why eyes are on Virginia when it pertains to policies just as the west coast often looks to California for direction.

Conservative Commentator James Bacon was on with Two Mikes to discuss an important topic near and dear to our hearts: Higher education. On his site, Bacon’s Rebellion, he posted an article titled W&L Alumni Revolt Gains Momentum that breaks down a circumstance that is not isolated to Virginia. It’s one of the driving forces behind the indoctrination that happens in American universities today.

Leftists were smart to target the education system and essentially start taking it over a half-century ago. Today, conservatives are seeing the results of our complacency. It’s time to fight back against the indoctrination.